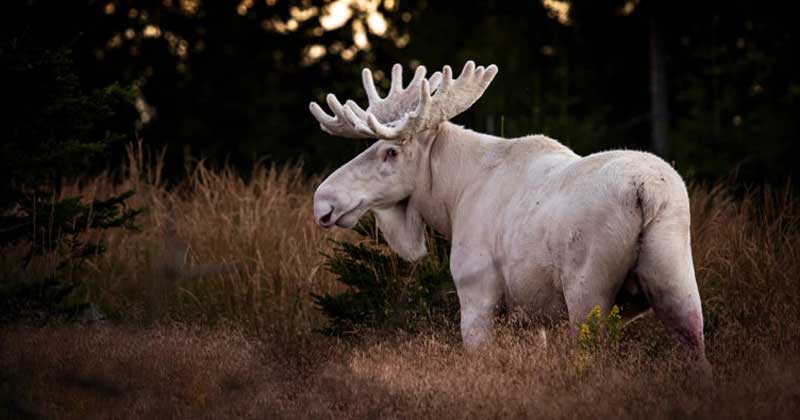 Recently, an extremely rare white moose has been spotted in the forests of Sweden just off the Norway border. Nature is so amazing. Some animals have born characteristics that can make humans say “wow”. Wildlife photographer Roger Brendhagen captured these awesome shoots accidentally. To any photographer, capturing a “once in a lifetime” photo is like winning a lottery ticket. Not all of them have that luck even when they have a careful plan to take that photo. And, Roger grasped his chance immediately. The white moose is strikingly beautiful through the photographer’s lens. It was roaming around the wood.

Many people think that the white moose is an albino. But it isn’t. The beautiful creature just has a genetic condition called piebaldism. In recent years, white mooses have been spotted several times in Swedish and Canadian forests. Experts guess that their population has increased due to the decrease of predators. These awesome photos have shown us how majestic the forest world is. Respect and protect it.

And, don’t forget to share this post with family and friends. The white moose is strikingly beautiful! 20+ Devoted Pawrents Who Go The Extra Mile For Their Pets