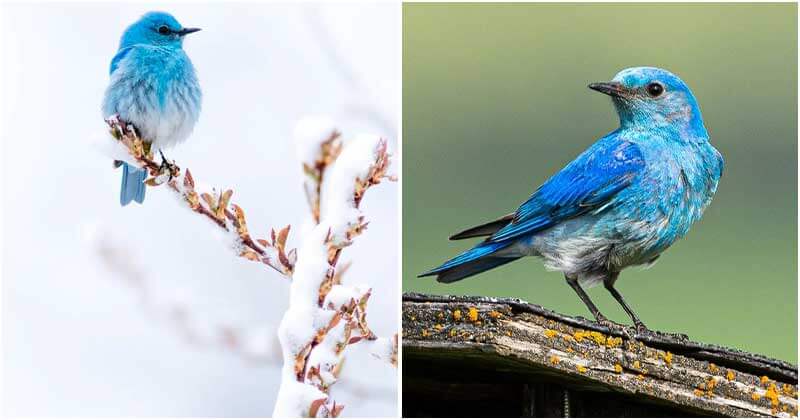 True blue pigmentation is rare in nature, and yet, when it comes to light, it’s the most commonly reflected hue. 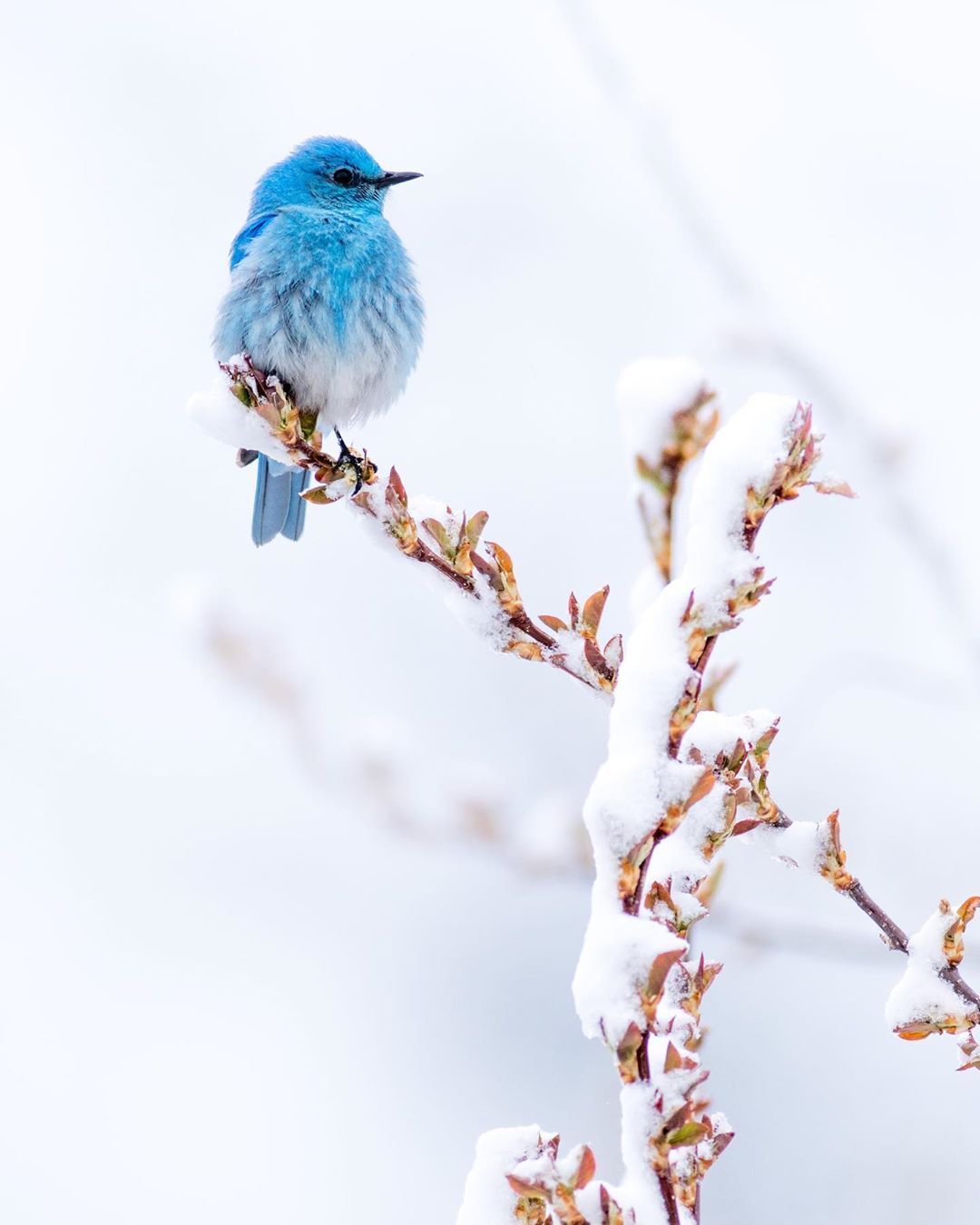 It’s the color of the sky, the water, and gives a feeling of calm and serenity.

There is something really special about blue birds – see the wonderful gallery below:

Photos taken while there is still snow on the ground are great, look how bright he is, and so fluffy with his winter down.

Mountain Bluebirds’ bills are entirely black. Juveniles have fewer spots than the young of other bluebirds and lack spotting on the back. 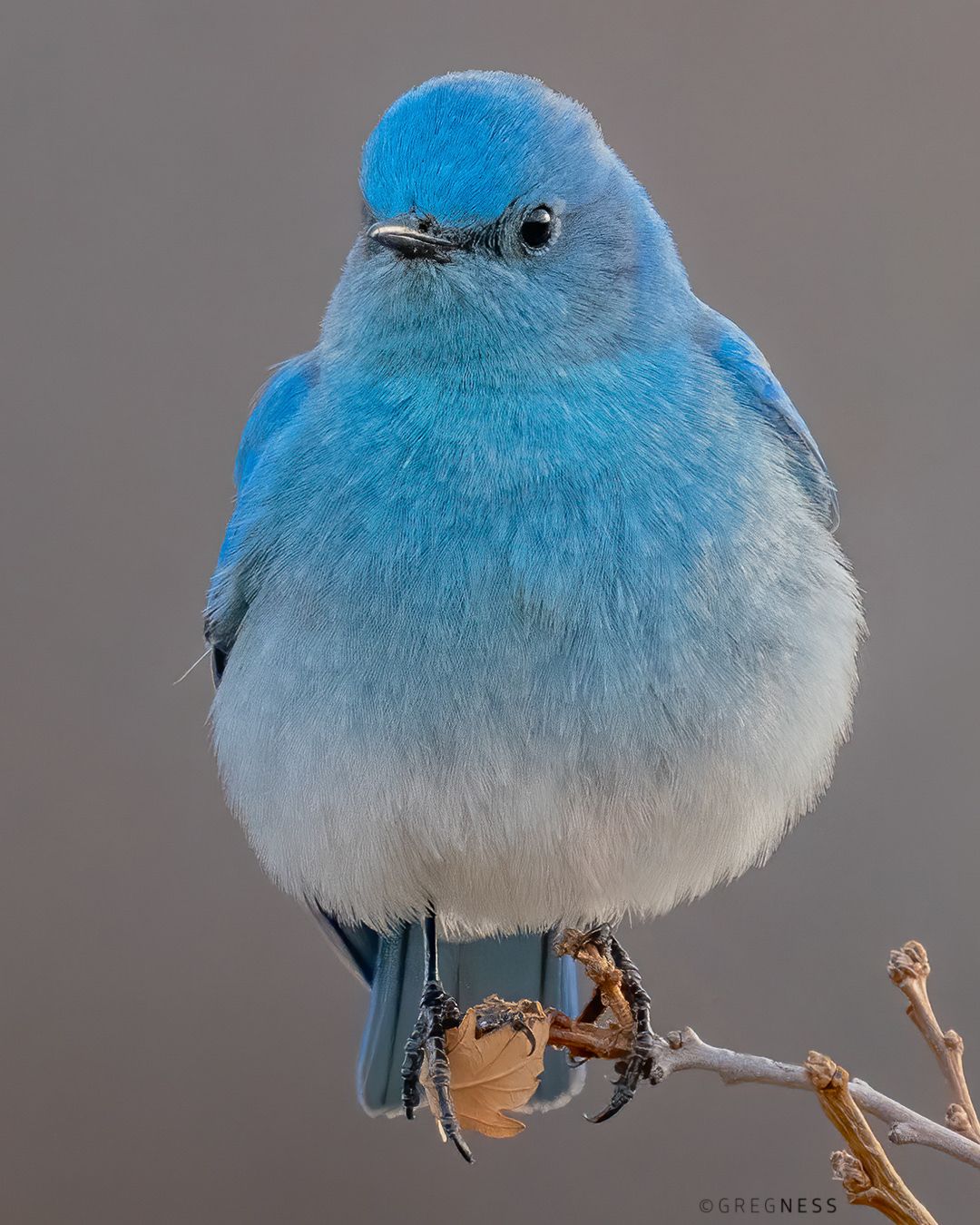 Male Mountain Bluebirds are sky-blue, a bit darker on wings and tail and a bit paler below, with white under the tail.

Females are mostly gray-brown with tinges of pale blue in the wings and tail. They occasionally show a suffusion of orange-brown on the chest.

Mountain bluebirds can be found in much of the western United States and Canada, especially during the breeding season, which makes them a common sign of spring’s arrival.

They are said to be aggressive birds, which I can believe after seeing the look on this guys face. 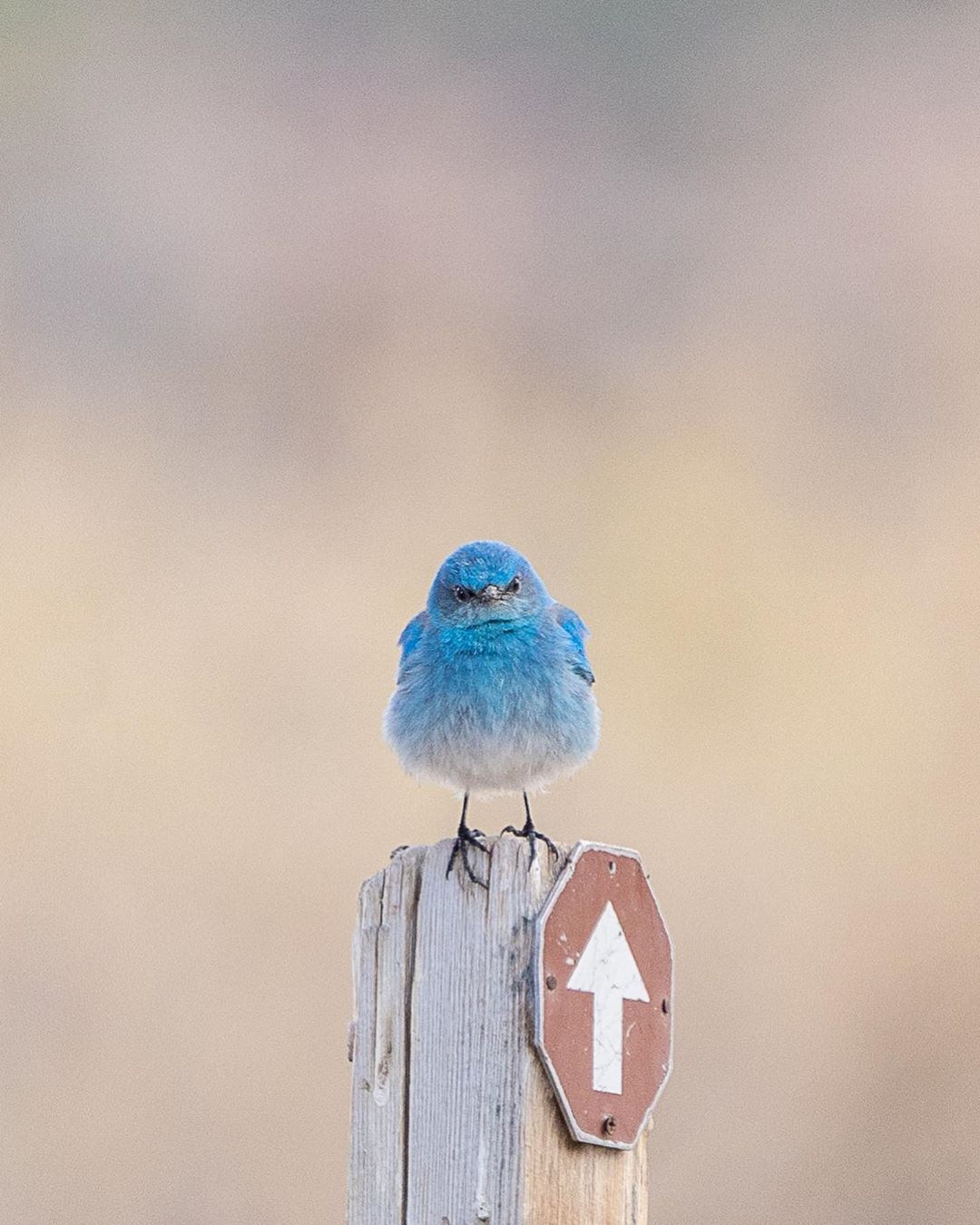 If you live in a place that falls into their breeding territory, building your own nesting boxes in your yard may mean that you can enjoy the sight all season long. 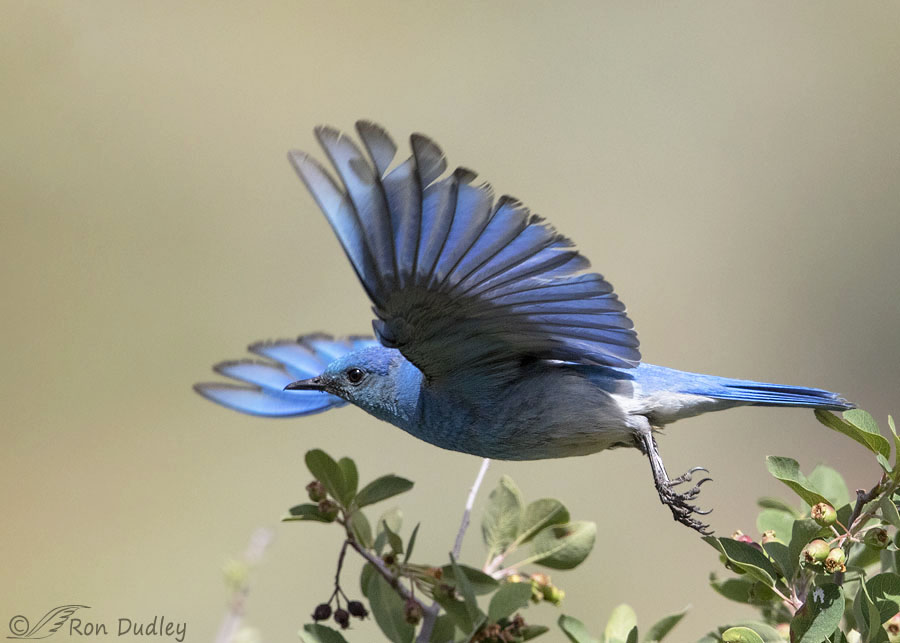