Many birds are bland in color and tend to blend in with their surroundings. There are the common pigeons, blackbirds, robins, and perhaps the occasional red cardinal whose females are brown. Then comes the glistening-green tanager throwing camouflage out the window. This bird sports neon feathers so bright you’d think they could glow in the dark.

The Bright and Adorable Glistening-Green Tanager 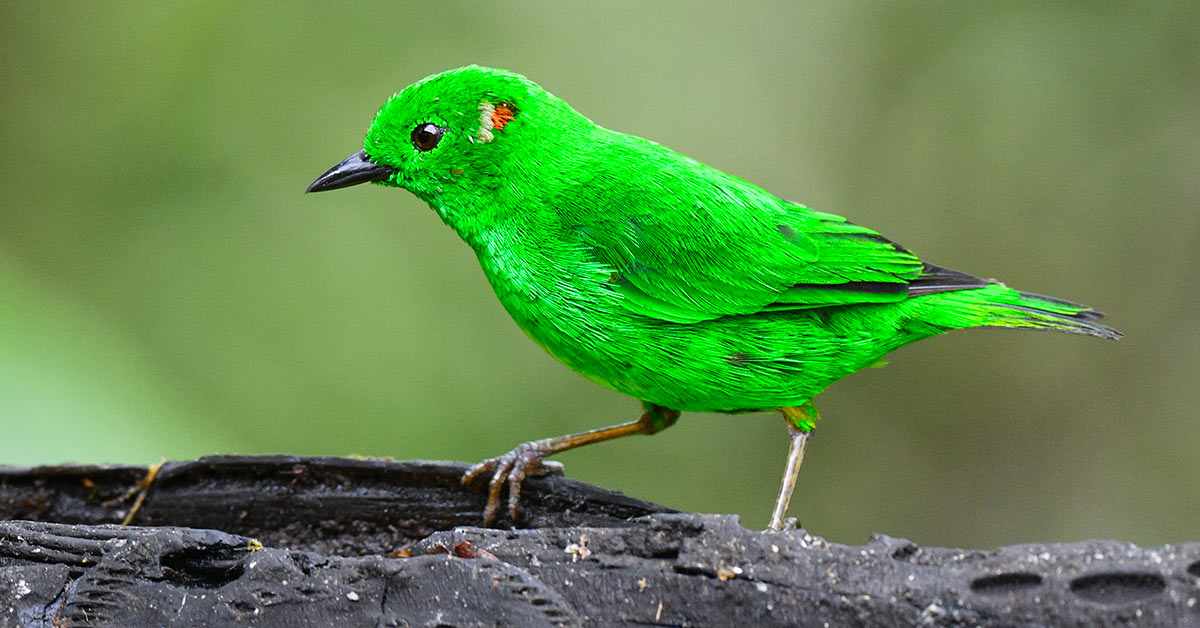 There is no filter on these photos to make the color pop. The birds are very green.

The green tanager is found in the wet, mossy forests of Ecuador and Columbia. [1] Unlike the pre-mentioned brown and red cardinals, tanagers’ males and females are mostly alike in appearance. The females might appear slightly duller (while still looking very bright green), and occasionally they don’t have the cute red and white spot on their heads. Babies also are less bright and don’t have facial markings. Both males and females are about 13 cm in length and weigh 20–24 grams. [2] 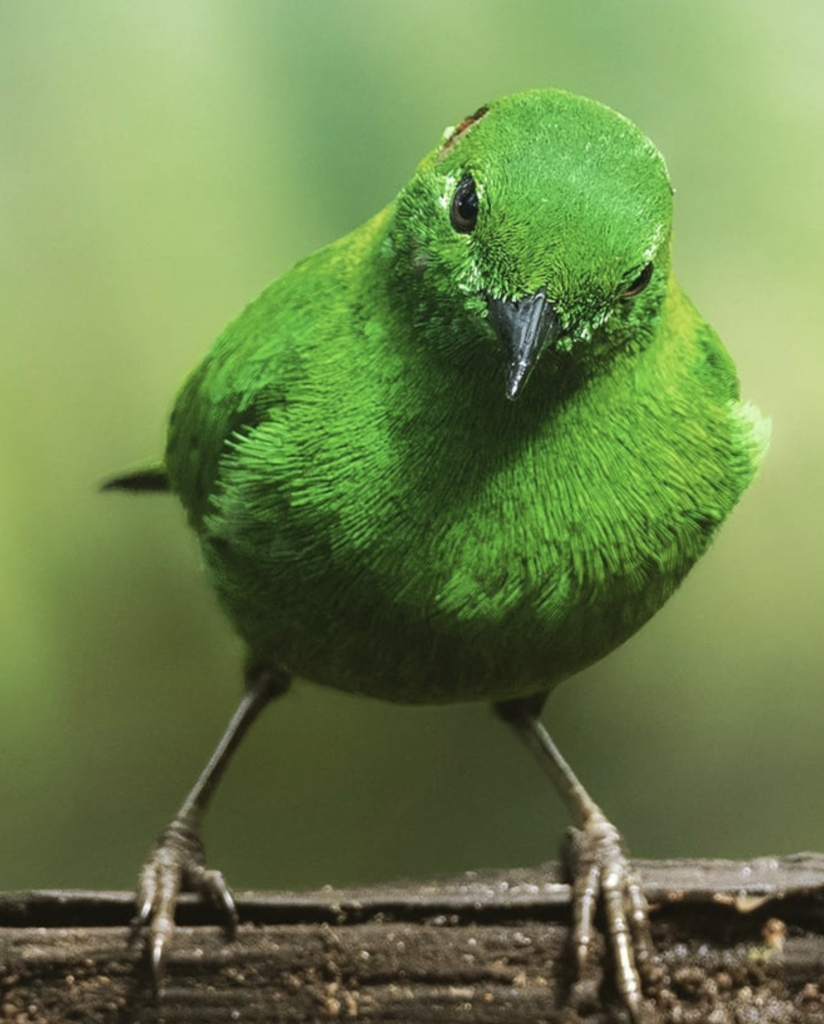 Green tanagers eat insects and fruit, foraging on outer foliage for prey. While they may sometimes flock in family groups, they usually reside alone or in pairs.

They come from the bird family of tanagers, which contain 240 species. These birds are mostly small to medium, fruit-eating, and brightly-colored. Tanagers often build globe-shaped nests on branches with an entrance on one side. Their homes are usually hidden by vegetation.

Among all of the stunning creatures in nature, the green tanager is definitely among the most underrated. Unfortunately, their neon feathers can’t keep them safe from the dangers facing birds today.

The Decline of Bird Populations

According to research starting in the 1970s, over the past 50 years, North America has lost nearly 3 billion birds spanning over 500 species.

“We saw this tremendous net loss across the entire bird community,” says Ken Rosenberg, a conservation scientist at the Cornell Lab of Ornithology in Ithaca, New York. “By our estimates, it’s a 30% loss in the total number of breeding birds.”

However, this shocking figure was no surprise to them. But there is good news to follow. 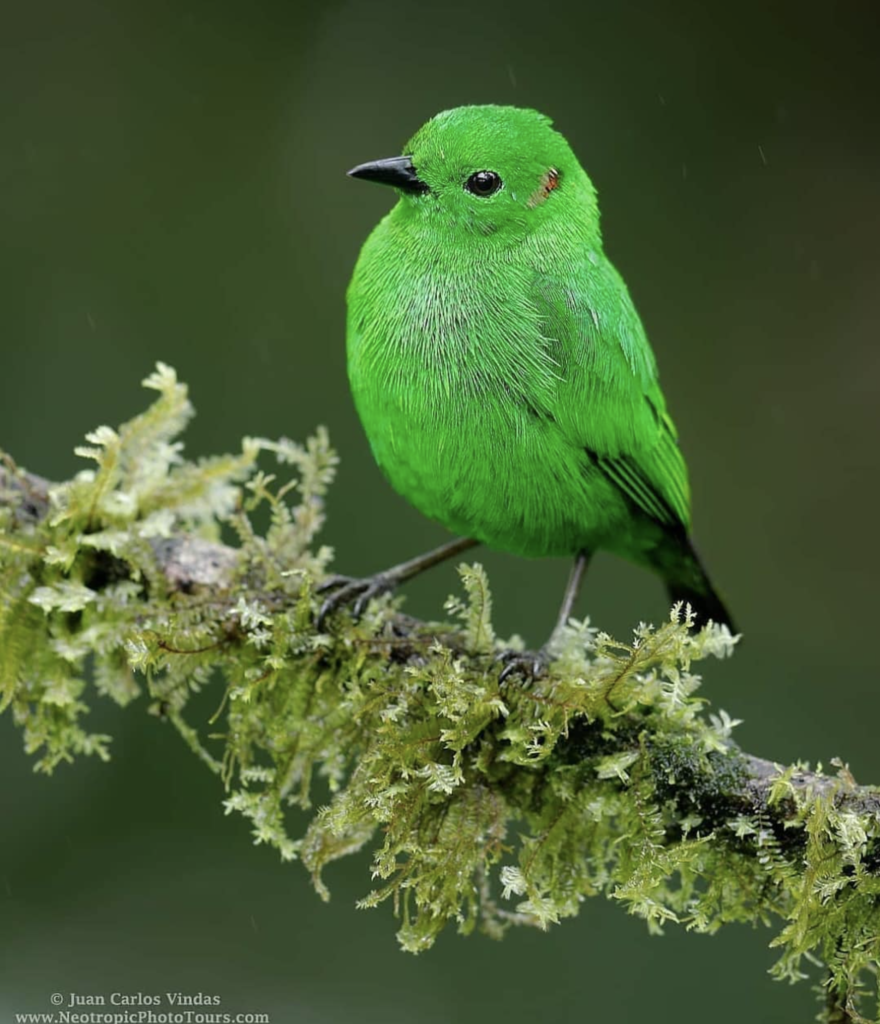 “But we also knew that other bird populations were increasing,” he says. “And what we didn’t know is whether there was a net change.” This increase is speculated to be occurring as birds adapt to coexisting in human-filled habitats.

So the researchers collected data from multiple organizations and the last 10 years of weather radar installations that document migrating bird flocks. They found that 90% of the losses happen in just a few bird families, including finches, sparrows, and blackbirds. On a positive note, raptor populations, like bald eagles and waterfowls, have increased. [3]

“The numbers of ducks and geese are larger than they’ve ever been, and that’s not an accident,” says Rosenberg. “It’s because hunters who primarily want to see healthy waterfowl populations for recreational hunting have raised their voices.”

“People are doing a wonderful effort to try and understand our bird populations, but the actual systems that we have in place to try and answer really tough questions like this are really far short of what we need,” says Simons. “We’re certainly far from having the tools and having the resources to have real high confidence in our estimates of these populations.”

However, he adds, “I think it is very likely that we are seeing substantial declines in our bird populations, particularly migratory birds.”

Grassland birds have been particularly affected, and this could be due to the shifts in farming methods. It’s become commonplace to use pesticides that kill insects these birds need to feed on. The chemicals could also disrupt the birds’ migration patterns. Additionally, turning natural land into a farm removes habitats. [4]

Similarly, shorebirds rely on nesting in areas vulnerable to climate change and urban development. Their numbers have declined by a third since the 70s — and those numbers weren’t great back then either.

These birds are not at risk of dying out, but they are by no means safe. The overall decrease of birds is very problematic.

“Just because a species hasn’t gone extinct or isn’t even necessarily close to extinction, it might still be in trouble,” says Elise Zipkin, a quantitative ecologist at Michigan State University. “We need to be thinking about conservation efforts for that.” [5]

Unbelievable!!! This Rare Dog Sent The Internet Into A Frenzy After Being Mistaken For A Statue