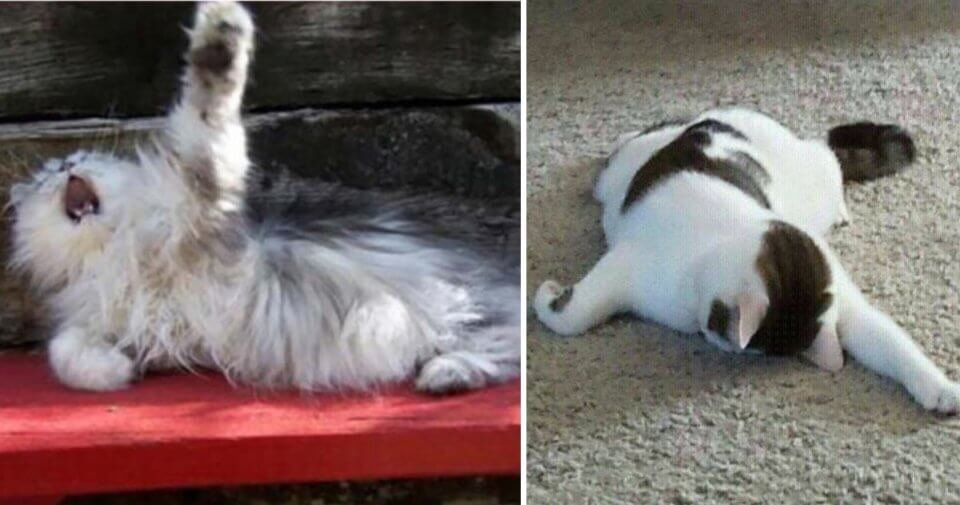 If you have a cat in your family then you’re sure to know that the feline species have a tendency towards drama. They are masters of displaying their emotions, and we cat lovers or cat owners are often there to play the part of their audience. Even when they are angry, annoyed, silly, and crazy, they still make us laugh numerous times a day. Why? Because cats are too darn cute and we can’t stop falling in love with their dramatics!

Here we have some hilarious photos showing cats who react to things, what happens next is often not what we’d expect. They are so melodramatic that they probably win awards for being over dramatic and deserve an Oscar for their perfect performances. Scroll down to take a look, you won’t be able to hold back your laughter! 2. Mocca is mad because there’s nothing good on television! 3. Phin is over the workweek, and his overly dramatic expression captures how we all feel on a Friday afternoon! 4. A fluffy tuxedo cat cries out to the sky, “Oh, the humanity!” 5. Miss Astrix’s emotions are not mixed! There’s no mistaking annoyance because her parents never leave the house anymore! 7. This most certainly appears to be a typical feline overreaction! 8. Yorke has moping down to an art. The reason for the mope? The dogs stole his bed and he had to settle for the couch. Poor kitty! 9. A dramatically angry house panther yowls, “I said no chicken, only tuna!” 10. And when a cat doesn’t get the tuna they desire, the dramatic tune out can be ice cold… 15. Sometimes cats can go a wee bit overboard with their dramatic reactions. After all, what did an innocent aloe plant ever do to a kitty!?! 17. That’s “Dr. Doctor Evill Marv” to you! The Dr.’s face plainly states, “I Didn’t Spend Six Years In Evil Medical School To Be Called ‘Mister,’ Thank You Very Much….” Do your cats act strange things? Please share pics of your cats with us in the comments below! Be sure to pass on this article to a friend or family member!

Meet The Cat Who Hangs Around Hospital For A Year, Ending Up Getting Hired As A Security Cat