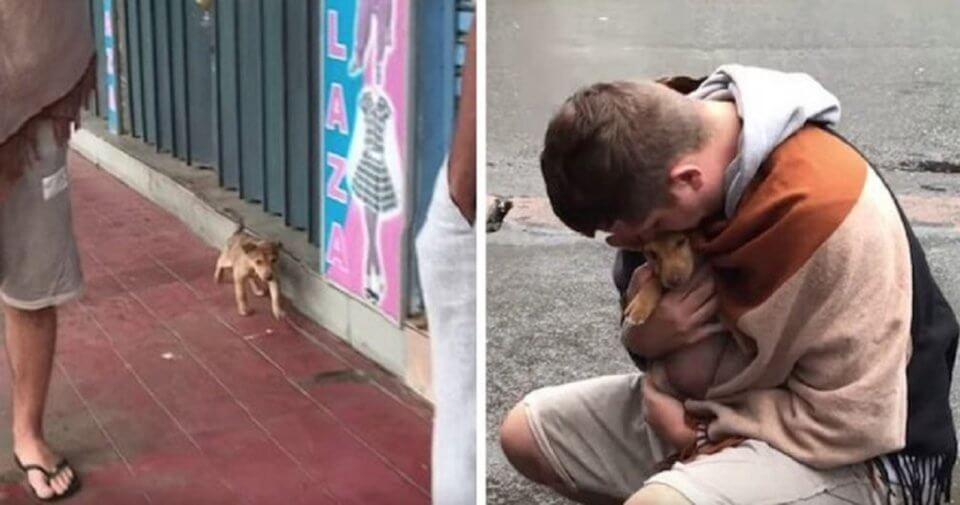 Lek Lek is a beautiful dog who lives happily with her family in Sri Lanka. All members of the family love her and always make sure that she is happy and healthy.

However, Lek Lek’s life hasn’t always been a bed of roses. A few years ago, she was a stray living on the streets of Nuwela Eliya. She tried to survive in the coldest days and never knew where she would get her next meal from. But despite all her hardship, Lek Lek had a sweet and positive personality that helped her find a forever family and a loving owner. She would wag her tail every time everyone walked past her, hoping someone would notice her and adopt her.

Thankfully, her persistence paid off when she was caught the eye of a group of elephant rescuers that were working for the Elephant Nature Park in Thailand. They were visiting Sri Lanka to do some elephant research. The rescuers were walking through Nuwela Eliya when they came across the pup. She was eagerly waving her little tail and trying to get the attention of everyone passerby.

They were in a hurry, but they couldn’t resist stopping and giving her some cuddles. But when they began to walk away, the pup followed them. They brought the eager pup back to where they first met her, but she didn’t stop waving her tail and following them. Her eagerness and dedication were completely melted their hearts and they didn’t want to leave her alone on the streets. For this reason, they decided to do something to help her.

The team asked people on the street if they could adopt and take responsibility for her care, but everyone declined. Thankfully, their driver, a man named Thushara, decided to take care of the pup. They named the dog Lek Lek and left her in Thusharas loving care. The pup was thrilled to finally have a forever home and a loving daddy. After living with her dad for three blissful years, Lek Lek received a very exciting visit. A member of the Elephant rescue team named Lek came to visit her to see how she was doing after all these years. Lek Lek is healthy and happy with Thushara and his family. Despite that she hadn’t seen her rescuer in three years, he still recognizes Lek. Their beautiful reunion was captured on video and shared on social media.

Watch the touching reunion of Lek Lek with her rescuers in the video below:

Lek Lek’s beautiful story has gone viral online, and we’re so happy for her. We’re sure that she’s forever grateful to Lek and the other rescuers who helped her find her beloved dad.

Dogs are not just pets, they are members of the family. They deserve to be loved and cared by good owners in a loving home, instead of living on streets. Do you agree with us that all animals deserve our love? Tell us your thoughts in the comments below! If you love this touching story, please share it with your friends and family members!

Dog And Wild Duck Form The Most Adorable Unlikely Friendship

10+ Relatable Aries Memes That Will Make You Feel Seen

Cute Moments Of A Taurus Girl When Falling In Love

Everything You Need To Know About Dating A Cancer Man

At Aged 21, This Man Adopted A Boy With Autism, And Now, He is Dad Of 6 Children With Disabilities

Grasp Humorous Moments When Libras Are With Their Phone