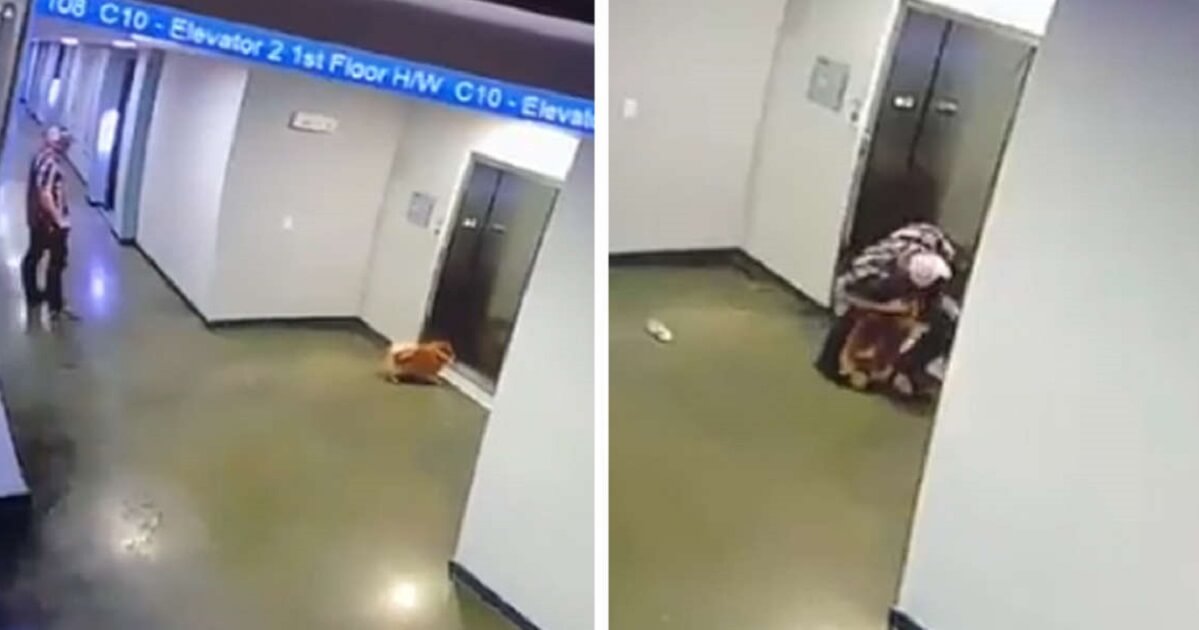 This week, security footage from the Houston apartment building in Texas, captured a dramatic moment a man saved a small dog whose leash was trapped in moving elevator. The video was posted to Twitter and quickly went viral with more than 7 million viewers within one day.

The heroic man named Johnny Mathis, 27, was exiting the elevator on the floor to his apartment when he saw a new neighbor waiting to enter with her dog in tow. Unfortunately, she walked into the elevator without realizing her dog hadn’t followed her. The doors closed on the dog’s leash, with the owner was inside and the dog was left outside the elevator. Thankfully, as the elevator began to rise, Mathis jumped into action to unbuckle the dog’s collar from the leash. After momentarily struggling with the Pomeranian’s fur, he finally got the leash off of the dog, saving him from strangulation. He picked up the dog and pulled him away from the elevator to comfort him and make sure he was safe and sound.

“It just happened so quick,” Mathis told The Dodo. “The whole time, I could hear the owner just screaming,” Mathis said. She was afraid the dog didn’t make it and thought the incident had turned fatal.

When the owner found out that Mathis had saved her beloved pup, she was both emotional and thankful. “When she came back down, she was just bawling her eyes out. She was really, really shaken up. She hugged me. She was just so thankful.” He added: “I think she just said ‘thank you’ and we hugged but she was just so overcome with emotion.”

“She loves the dog a lot. It’s just one of those things. It took just a second,” Mathis said. “I’m thankful I did not freeze up. I’m glad I reacted, and I’m glad that dog survived. Dogs are family. I know what that means.”

Mathis is a true hero. Thanks to his heroic actions, the dog was saved and safe. Please share this rescue with your friends and family members!

Cat With Split-Colored Face Becomes A Father To Kittens, One For Each Side Of His Face