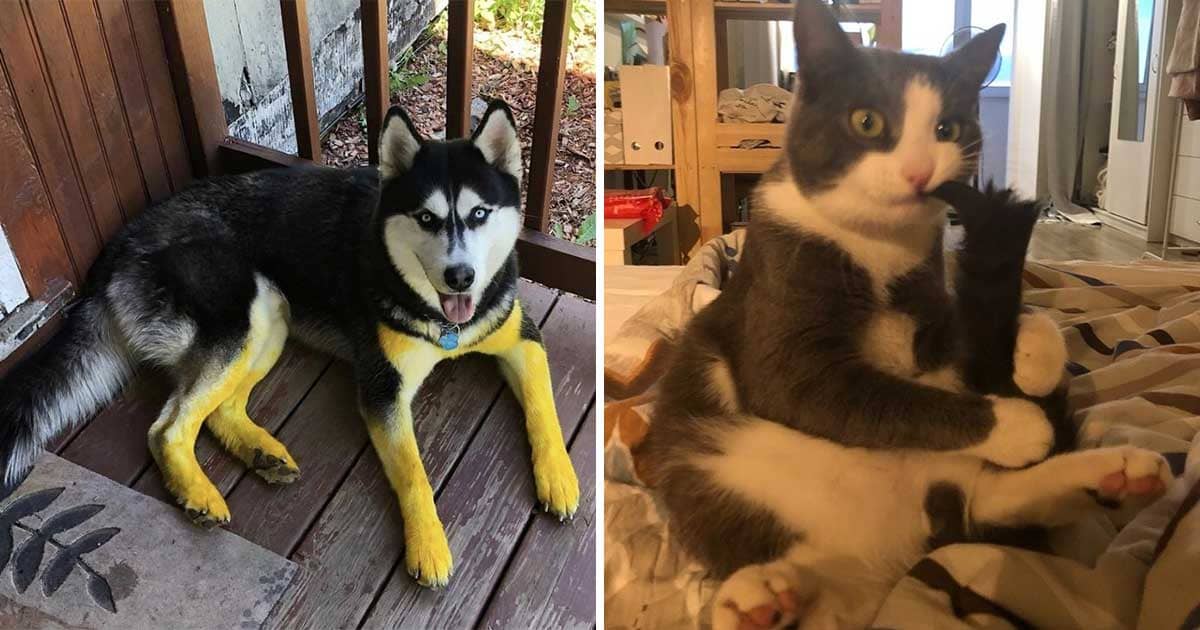 If you are a pet owner, you’ve probably noticed that your four-legged friends can be really, truly weird. Some people say that pet animals are so close to their owners, so they seem to understand and mimic some behaviors. That’s why they surprise us with their wacky habits and actions. However, they seem not to realize that there are some things they do that others… don’t. They even think these actions and habits are totally normal.

We at Paws Planet have collected some of the weirdest, yet harmless habits their pets have, and, let’s be honest, some are pretty darn weird. We’ve had a good laugh at these pics showing cats and dogs behaving in such a hilarious way, and now it’s your turn. We’re sure you’ll share our amusement! Scroll down to check the unusual animal behaviors out!

1. “This piece of anatomy is called a ‘floofen’ and it only occurs during high levels of sass.” 2. This dog has been running around in a dandelion field: 5. You are not going anywhere, human! 6. Here, I brought you some flowers. Can we please forget about those slippers? 7. It looks like this cat is not a fan of cuddling… 8. I will have a donut and some ice cream, but we won’t tell anybody, right? 9. “My cats look like they’re in the middle of devising some sort of a plan.” 10. Sometimes cats choose the most incredible places to watch their humans… 11. A level of exhaustion only cats can understand 14. Hey, buddy! Didn’t you forget something?