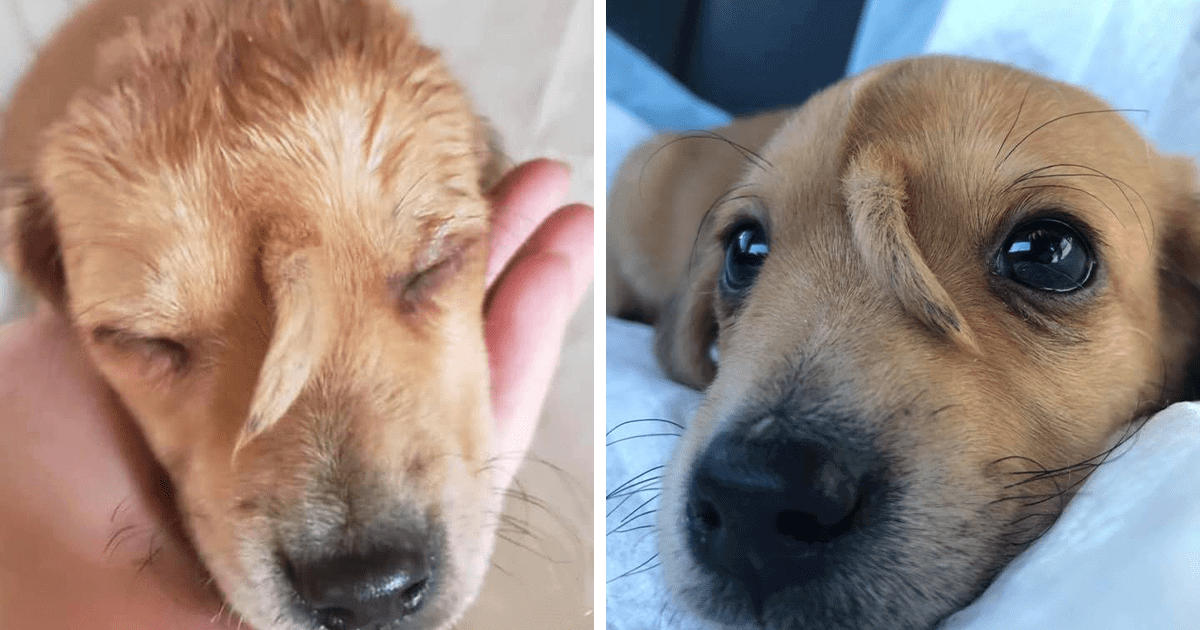 When it comes to unicorn, you usually think of a mythical white horse with a horn, right? Well, you aren’t wrong. The unicorn is a legendary creature that has been described since antiquity as a beast with a single large, pointed, spiraling horn projecting from its forehead. However, the unicorn in this post isn’t a beast or a horse, it is used to describe a little rescue puppy named Narwhal who was born with an extra tail on his face. Narwhal was found wandering on the freezing streets along with an older dog by Mac’s Mission, an animal rescue in Jackson, Missouri. The rescuers instantly noticed the pup had a little tail growing out of his forehead. The tail reminded them of a unicorn’s horn, so they decided to name him “Narwhal.” The rescuers quickly took Narwhal to the vets for tests. After inspecting the unicorn tail, the vet said that there’s no reason to remove the tail at this time. His extra tail is actually not connected to any bone or anything and has no real use to him except making this guy unique. Dr. Heuring then jokingly added: “It appears they assembled the puppy wrong. Always follow the directions, people!” When Mac’s Mission animal rescue shared pictures of Narwhal on their Facebook page, they have been overflooded with the question, “Does the puppy’s forehead tail wag?” And for all those who are wondering, no, it doesn’t wag. It’s just a cute little facial addition! However, imagine him trying to chase his extra tail. Narwhal’s unicorn tail appeared to be just a congenital facial defect, but thankfully, it doesn’t bother him. He never slows down and is like any other normal puppy. However, he will be monitored regularly to make sure that his extra facial feature does not become a problem. “The unicorn face tail does not bother Narwhal and he never slows down just like any normal puppy. He seems completely healthy other than some usual puppy worms he got meds for.” People of the Internet fell in love with Narwhal instantly, and some of them offered to adopt him. However, he will be put up for adoption after he grows a bit more and his keepers can truly ensure his tail will not become an issue. He’s currently living out his puppyhood in a foster home. He’s happy just the way he is, especially now that he’s warm and loved. We hope that he will find a forever home that he deserves soon!

Guess what Magical Unicorn Narwhal Puppy has a vet appointment for xrays today? Well since we only know of one magical unicorn narwhal puppy we maybe gave too much for this to be a tricky question… BOL!!! We think he appreciates not being outside in this terrible freezing snow mess. Love,MacKeeperOfUnicorns

Please share this cute pup with your friends to brighten up their day!

21 Adorable Dog Breeds That Make Us Think Of Teddy Bears