Mike Usher from St. John, U.S. Virgin Islands, is the owner of a gray tabby kitten named Gracie. After Mike has shared adorable footage of his kitten following him out to sea and swimming with him in the ocean, the couple has quickly gone viral and is now taking over the Internet. 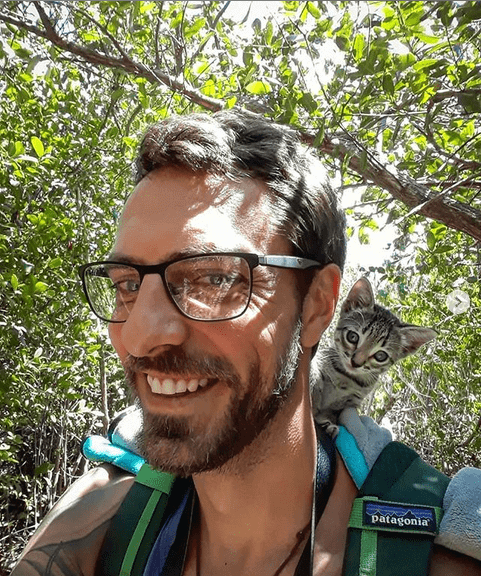 Mike found Gracie when she was just five weeks old hiding in a small hole in the wall in town. According to Mike, when he was helping out around his uncle’s house, he heard little meows coming from inside the vine covered wall. He came to check and discovered the tiny kitten. Mike felt that he needed a companion and the kitten had no family around. So, Mike decided to adopt her and named her Gracie.

“I needed a companion,’ Mike explained in a video. ‘And she lost her mom, she lost her family. It was almost meant to be.” 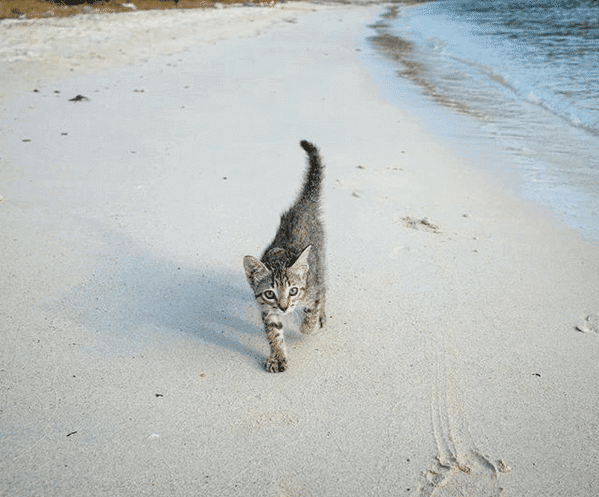 Mike loves the great outdoors and is very active, so the cat Gracie also learned how to be an outdoor cat with him. Not all cats like water but it is clear that Gracie love being in the ocean. Mike found out that she was capable of swimming after he took her to the beach and she ran right into the ocean to swim with him. 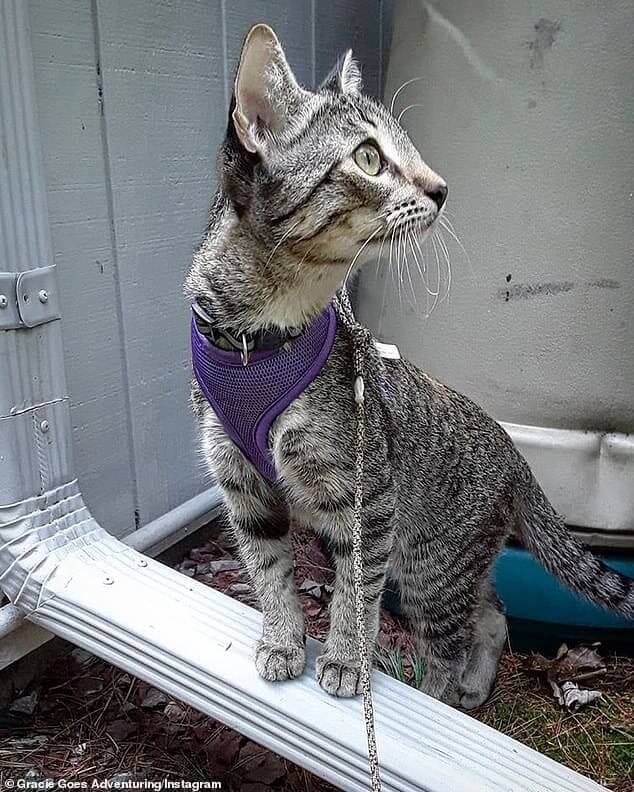 “When I bring her out in the water, I always have a towel set up,” Mike said. “She goes right to the towel. I have a bottled water that I let sit in the sun a bit and I give her a bath.” 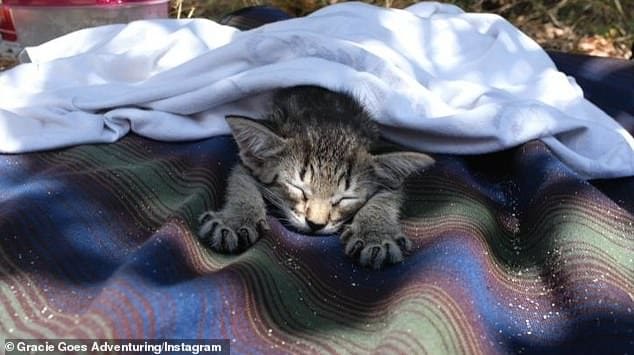 Besides swimming in the ocean with her dad, Gracie also loves climbing trees around the island and running along the beach. ‘Whenever I have free time I bring her down to the beach, she runs down the beach with me,” Mike said.

Gracie has changed Mike into becoming a ‘cat dad’, and now the couple is inseparable. ‘She always kind of wanted to be around me wherever I was, whatever I was doing, Mike said. Mike has even created an Instagram account, where he shares cute animal videos and photos of Gracie’s adventures on the island. 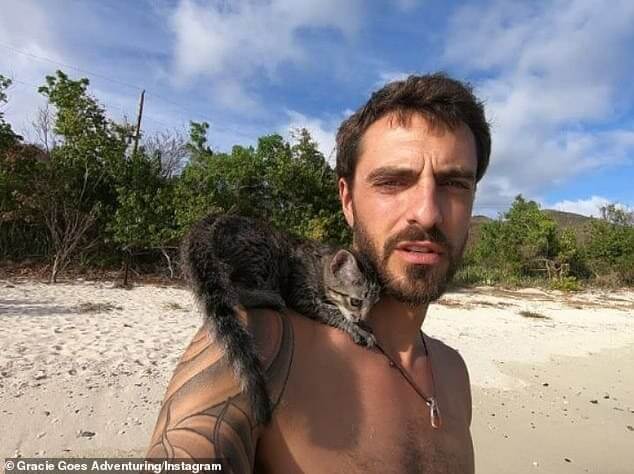 Feel free to share and don’t forget to let us know your thoughts in comments!