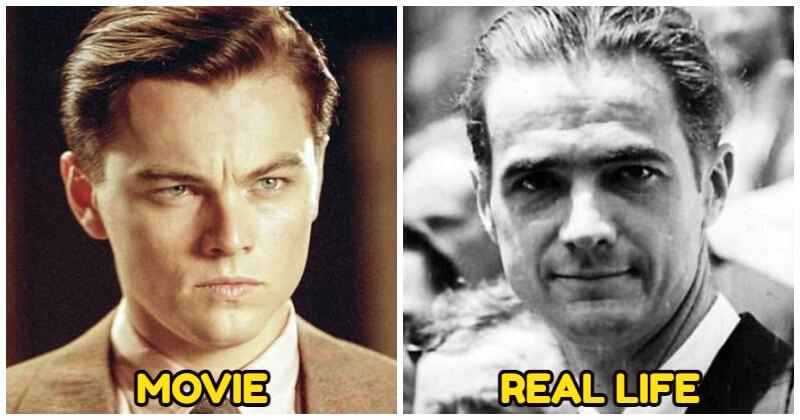 The film industry has evolved more dramatically than ever before with exquisite visual effects and technologies. We often find those with the pre-movie director’s note ‘Based on a true story,’ but have you ever wondered if the casts in the movie bear a similar look to the real people they’re portraying?

To please the audience’s eyes, directors often put actors with gorgeous, eye-catching appearances before those with the same features as real-life characters. This naturally leads to a common issue among today’s movies: authenticity.
The pressure of making the characters appear as sophisticated as possible tends to outweigh that of picking an actor based on the real character description.

Getting a completely identical cast is a daunting task, and people who act well with that character don’t always come off as ostentatious. That’s why we always believe an accomplished based-on-real-event movie should be real in every corner while still delivering the desired performance.

Below is the list of 15 popular movie characters based on real people. We’ll make a comparison of each pair to see how successfully the directors have made up their casts. Alan Alexander Milne is an English author who created the iconic Winnie-the-Pooh story. The plot revolves around his kid, Christopher Robin, and his toys. The stories pretty much had a huge following from children all over the world, except for Christopher Robin, whose childhood was completely devastated. That was referred to in the film Goodbye Christopher Robin, released in 2017. John Nash was a talented mathematician from the U.S., yet he suffered from schizophrenia. He was awarded the Nobel Prize in Economics because his theories are still frequently employed in economic theory today. In 2001, the movie A Beautiful Mind depicts the story of how he rose to prominence as a scientist despite suffering from a major mental illness. Russell Crowe is the actor who portrayed a genius mathematician. As a famous English novelist during the 70-the 80s, Jane Austen wrote novels such as Pride & Prejudice and Emma. Becoming Jane (2007), a biographical film about her focuses on her life before celebrity and her love for Irish politician Tom Lefroy. Anne Hathaway portrays Jane Austen. Mary I is known for her royal background. She reigned as Queen of Scotland from 1542 to 1567. What’s notable is that she took the throne when she was just six days old. The film Mary Queen of Scots (2018) depicts her feud with her cousin and English Queen, Elizabeth I. Saoirse Ronan successfully plays this historic character. Tonya Harding is a former figure skater. “I, Tonya” (2017) centered around her scandalous life, including the scenes from her husband’s attack on her skating competitor, which terminated her career. Margot Robbie portrays Tonya. We all know and love McDonald, yet not many people know behind the success of this famous franchise is the huge devotion of Ray Kroc. “The Founder” (2016) centers around this man, and Michael Keaton portrayed him Abigail Masham (1960 – 1734) was an English courtier. The then-queen of England – Queen Anne, really liked her. A recent film, The Favourite (2018), was inspired by the narrative of the baroness and her friendship with the queen (2018). Emma Stone portrayed Abigail Masham. The famous film Joy (2015), starring Jennifer Lawrence, is based on the true story of inventor Joy Mangano. After creating a self-wringing mop, she built a business empire. Nathaniel Ayers is a schizophrenic street musician from the United States. Jamie Foxx plays him in The Soloist (2009), a film based on his life. A well-known show called The Imitation Game is based on the life of Alan Turing, who is played by Benedict Cumberbatch. He was an English mathematician and computer scientist. He developed algorithms for computers and also worked as a codebreaker.

10 Supporting Roles That Stole The Show Of Comedy Films

20 Celebrities Who Get Candid On Their Mental Health Issues