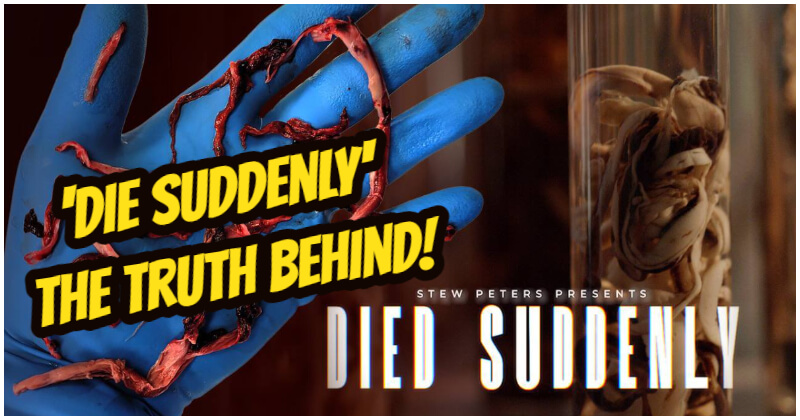 Premiering exclusively on Twitter on Monday November 21, the movie claims to “present the truth about the greatest ongoing mass genocide in human history”. However, what it actually contains is a lot of anecdotal and unproven stories about how the Covid-19 vaccines were really a conspiracy from the societal elite to kill of large swathes of the population.

Here is what doctors said about those ‘Die Suddenly’ Cases The new film is anti-vax propaganda that tries to link real-life tragedies to the COVID-19 vaccine via baseless claims and erroneous information. The film has been trending on Twitter, receiving both support and derision from the public.

In an hour and eight minutes of dramatic music and out-of-context news reports, the film tells a fictitious story of a dangerous vaccine killing off swathes of young people – all part of an imagined plot to depopulate the earth. It landed on niche video-sharing platform Rumble on Monday and began to spread. By Wednesday morning it had been viewed more than 4 million times on Rumble and at least 1.5 million times on Twitter.

Read more: Where To Watch ‘Die Suddenly’ – The Danger Of Vaccine The claims made in the video quickly fall apart under scrutiny. Vast amounts of evidence from different independent scientists all over the world, as well as the experiences of billions of people, have shown that serious Covid vaccine side effects are rare.

It’s not possible to measure vaccine side effects by simply Googling news reports. As Dr Frank Han, a US cardiologist says, it can “give you pieces of the puzzle, but actual medical training is necessary to link all the pieces of how the body works together”. Dr Han explains, it’s “insufficient to establish why the clots are there”. Blood clots are commonly found in dead bodies and are caused by a range of things from smoking to being bed-bound to having Covid-19.

When unusual clotting was identified in rare cases after the AstraZeneca vaccine – not used in the US – it was quickly investigated and vaccine recommendations changed, after which the cases pretty much disappeared.

Dr Angela Rasmussen also express her opinion about those ‘Die suddenly’ cases. Although the movie has been trending on Twitter on and off around the world this week, medical experts, like virologist Dr Rasmussen, have been quick to condemn the ‘documentary’ as far from a factual account.

“Died suddenly” is trending so let me save you the trouble of looking it up. It’s anti-vax propaganda. a couple hours of grifters telling lies so you’ll give them money. even half of the people who supposedly “Died suddenly” didn’t die!— dr. angela rasmussen (@angie_rasmussen) november 22, 2022