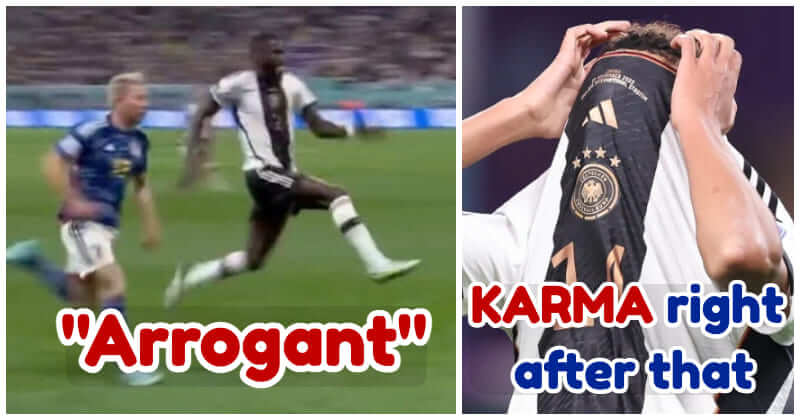 There have been a few unexpected outcomes at this World Cup. First, Argentina fell to Saudi Arabia after dominating the first part of the encounter. The German national team then lost a heartbreaking comeback game to Japan. Some were unhappy with the performance of Real Madrid defender Antonio Rudiger, who was playing for the German national team that night.

Rudiger Was Criticized As “Unprofessional”

It appeared for a long time that Germany would easily defeat Japan, as is customarily the case between these two teams. However, Japan scored twice in the final minutes of the game to shock the world and earn a historic victory for their country.

However, this puts Germany in a precarious position in what looks like a very competitive group. They were knocked out at this point in the previous World Cup, so they may need a win against Spain to advance this time around.

There was some criticism over one particular occurrence during the game. Rudiger and Takuma Asano were chasing after a ball, and Rudiger’s elevated legs made them look a little goofy. Didier Hamann, a former Germany midfielder, was quoted in EUROSPORT as saying:

“Rudiger lifts up his legs. You don’t belittle the opposition [like that] because it always comes back at some stage. “I think it was very unprofessional. I think it was out of order. Arrogant. He was having a laugh; there’s only one team having a laugh now. “The spirit of the game is about respecting the opposition, respecting your opponent. And he didn’t do it. I’ve got no explanation or excuse for it.” Runs similar to this one have been completed by Rudiger in the past. On the other hand, he does not have a track record of being impolite to those on the opposing side. The odd conduct that the German defender is noted for displaying on the pitch may be a tactic that he employs in order to frustrate his opponent and provide some much-needed distraction for himself.

On the field of play, it does not appear as Rudiger has ever purposely insulted a competitor. Asano, on the other hand, isn’t concerned in the least because he scored the goal that won the game for Japan.

Explanation: Why There Has Been Longer Added Time At The World Cup In Qatar

Who Is The Youngest Goalscorer In World Cup History – Gavi, Messi, or Pele

Top 7 Unbelievable Curses In Football History, With Some Of Them Still Alive

10 Best FIFA World Cups That Will Be Remembered Forever

Why Did Dwight Howard Go To Taiwan? For Money?

Why Was Aaron Rodgers Yelling At Coach?

Rooney Responds To Ronaldo’s ‘Rat’ Snipe, Insisting Not To Criticize His Former Teammates