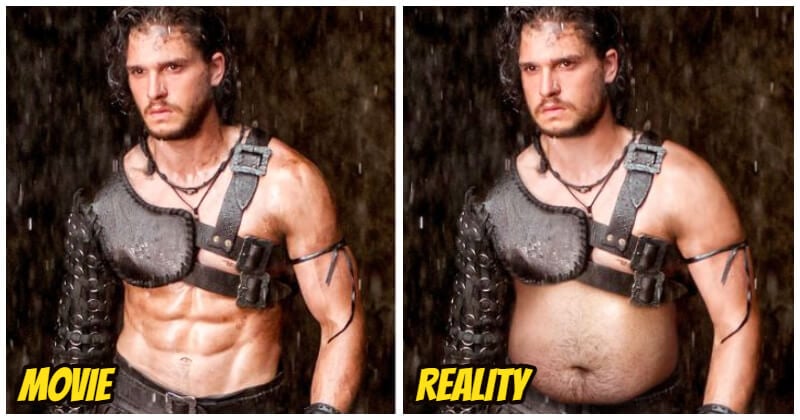 It might be very difficult to understand the world of the Greek and Roman Empires in the twenty-first century. As of now, more than 600 films have been released since 1914 that either take place in or reference the classical eras of Greece and Rome. These films reflect current anxieties and fears to varying degrees of historical accuracy. Even if filmmakers are accompanied by a number of advisors to make sure that historical events in films are accurate, sometimes a film’s veracity is sacrificed for the sake of a fascinating narrative or an especially arresting visual. Everything causes viewers to form false impressions of specific occasions and eras in their minds.

By dispelling some of the most prevalent antique myths, which the majority of us continue to believe in due to movies, we hope to restore justice. We shall also discuss the real Queen Olympias, whose image was (almost) perfectly replicated by Angelina Jolie in the article. Read on to see full details.

#1 Women in Ancient Greece plucked their eyebrows and walked around with their hair down. In movies, ancient Greek women are portrayed as having long hair that is styled to flutter in the breeze, perfectly arched brows, and a stunning Mediterranean tan. However, the truth was a little different. Ancient Greeks thought fair skin, long hair pulled back in a bun, and naturally linked eyebrows were all attractive features.

Women attempted to whiten their skin, tint their brows with soot, and affix fake eyebrows made of goat hair that had been colored in order to look more like the ideal.

#2 The Spartans had short haircuts. Many people have the misconception that Spartans were barbaric warriors who cared nothing for their appearance. The fact that Spartan men took such meticulous care of their looks greatly astounded us.

Their hair, which they would braid, received extra attention. Ancient sources make mention of thick, mid-back length hair. The photos that have been passed down to us further demonstrate how common this hairstyle is. The majority of movies about Ancient Greece depict women as having seductive necklines on precisely tailored extravagant garments. Things were a little different in reality. For both men and women, tunics (peplos and chiton) and a cloak known as a himation were the two main items of clothing in the ancient Greek culture. Peplos was a wide rectangle of cloth, typically wool, that was folded over along the top edge until the overfold reached the waist. It was fastened at the shoulders with a pin and frequently clasped at the waist with a particular belt. To create a seam, the sides of the garment were either pinned or stitched.

The chiton was constructed of much thinner material. It was typically imported linen. This material was pinned or stitched at the shoulders, girded around the waist, and stitched up at the sides. Male chiton was somewhat lower than knee level, and female chiton would reach the floor.

Over tunics, a himation cloak was worn. It was either worn as a stole or slung over one shoulder. Women could also cover the tunic with an epiblema shawl. Bright dyes and intricate embroidery were used to decorate fabrics.

#4 Helen of Troy was known for her slender body and bronze skin. The beauty of Helen of Troy is the subject of numerous stories. It also comes as no surprise that the most beautiful actress of the day typically plays her in movies. Though it is unknown exactly what traits Helen had, it can be declared with certainty that her beauty matched the standards of her era.

Helen of Troy’s features are inferred to have included a low forehead, a broad, straight nose (without emphasizing the bridge), a somewhat turned-up chin, and a sinuous form. The most attractive ladies had light complexion and hair, big eyes, and a little mole between their brows, according to A History of the Fall of Troy, which has been brought down to us. Gladiators possessed a substantial layer of subcutaneous fat, according to analyses of their skeletal remains that were discovered in a mass grave. Scientists came to the conclusion that the gladiators’ diet was high in carbohydrates, which they obtained from grains and legumes, and very low in animal protein. This explains the amusing moniker “barley eaters” given to Ancient Roman fighters.

That does not imply, however, that officials tried to feed warriors on a budget. It can be assumed that the objective of a plant-based diet was to improve the warriors’ endurance and resistance based on the circumstances in which they lived. In other words, gladiators were specially fed carbs to improve their fighting skills and increase their stamina. The combatants would drink a special beverage made of plant ash to make up for their lack of calcium.

#6 Gladiators fought to the bitter end at the cost of their lives. Gladiators didn’t always battle until they were out of breath, despite all we see in movies to the contrary. Furthermore, it was deemed illegal for this battle result to occur. Fights were conducted according to specific regulations, and judges were present to ensure that the rules were adhered to. Gladiators had a significant financial investment, thus it wasn’t prudent to lose them so quickly (from a financial point of view).

#7 All gladiators were slaves and they were kept in harsh conditions.

Gladiators had a comfortable lifestyle. They had a specific diet and even had access to medical professionals. Locals considered the warriors to be somewhat famous and were rather fond of them; pictures of them would adorn public spaces, and young boys would dream of looking like the warriors battling in the arena. Furthermore, not every gladiator was a member of the lowest social class. There were volunteers among them, free citizens who freely chose to take the gladiatorial oath and exchange their freedom for a specific sum of money.

The fights weren’t the typical duel battles that you see in movies. They put on a magnificent performance with elaborate sets and props. Gladiators wore elaborate, frequently bizarre costumes that only vaguely resembled traditional armour.

#8 A gladiator’s destiny was determined by a thumb held up or down. Even though they had nothing to do with the thumb, some motions controlled the gladiator’s future. The fighter was shown pity, and a hand was made into a fist.

#Bonus: What Queen Olympias looked like in real life When we see the lovely Angelina Jolie in the role of Queen Olympias, the mother of Alexander the Great, we begin to unconsciously believe that all Ancient ladies had flawless noses, full lips, and sculpted cheekbones. Truth be told, Queen Olympias was far different from the portrayal she received from Hollywood. Queen Olympias had a traditional Greek profile, with a low forehead, an upturned chin, and a gentle face, according to the one image of her that has survived to the present day.

Which of these facts did you actually discover? Do you know of any other historical fiction that has been depicted on screen? Describe them in the comments section, please!

Watch ‘Died Suddenly’ Movie 2022: The Cause Of All Post-Vaccination Deaths

6 Actors Who Were Fired From Stable Paying Gigs