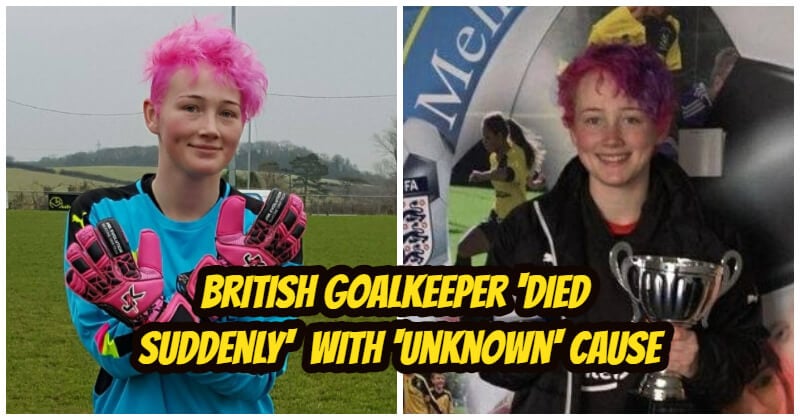 Goalkeeper Carla Heaton, aged just 22, passed away suddenly, with the heart-breaking news confirmed by the club online. Tributes have poured in for the tragic death of a young Cirencester Town Ladies footballer.

Before joining Cirencester Town, Heaton spent several seasons with fourth-tier Swindon Town. Since the news of the player’s passing spread, supporters of the team and a number of other women’s football teams have paid heartfelt tribute to her. Posting in a statement on Twitter, Cirencester Town Ladies said: “It is with great sadness to say our goalkeeper Carla Heaton has suddenly passed away. The young goalkeeper had spent much of her young football career at Swindon. Her former team wrote their own tribute on social media, posting: “It’s with great sadness that the club has learned the tragic news that our former goalkeeper Carla Heaton has passed away at the tender age of just 22. “Carla brought a shining light to the dressing room with her personality and her performances between the sticks were second to none. She will be greatly missed by the players in our current squad who were honored to have known her and shared the pitch with her. Thought and prayers go out to her family and friends at this difficult time. Rest in peace Goalie xx.”

Other football clubs from up and down the pyramid have also paid their respects to the goalkeeper, with Exeter City Women FC saying: “Sending our condolences to you all as well Carla’s family and friends.” Longwell Green LFC said: “All at Longwell Green ladies would like to send our condolences to both Carla’s family and her football family at such a sad time. Bring home the title and cup again this season ladies, fly high Carla, you gained your wings far too early.”

Glos County Women’s Football League said: “Everyone from the league sends their deepest condolences at such a sad time. Our thoughts are with everyone who had the pleasure of knowing her.”

Players Who Scored In 6 Consecutive World Cup Matches, No One Named Ronaldo!

Where Can I Watch Selena Gomez Documentary: My Mind And Me