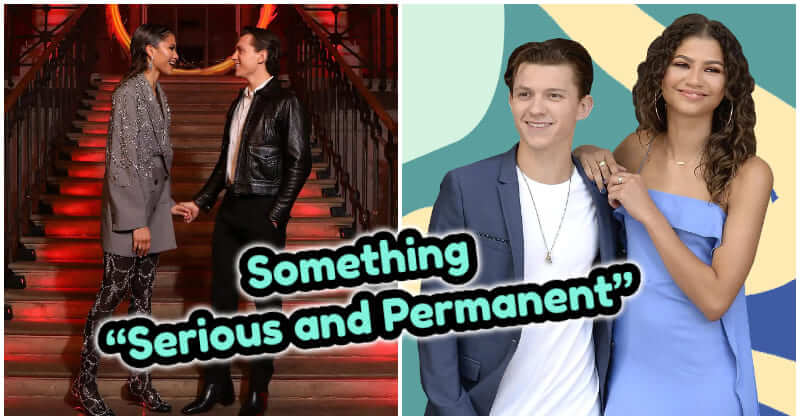 Beyond the glitz and glamour of Hollywood and Los Angeles, the young actors, Tom Holland and Zendaya in love appear just as content as they did a year ago, and Tom Holland may be considering making their current level of happiness a permanent part of their relationship. Apparently, the young Spider-Man actor will be discussing marriage in the near future, according to rumors spread through the grapevine. Tom Holland is currently negotiating the intricate parameters of the deal between Marvel and Sony for a fourth movie after being the youngest MCU actor to land a solo superhero trilogy. Zendaya’s MJ has been a steadfast and devoted character who has remained shoulder to shoulder with Tom Holland’s Spider-Man and helped in his heroic endeavors as well as developed and changed with him in the chronology of the mainstream chronology throughout his bold and frequently tragic growth.

The idealized love that Tom Holland and Zendaya have for one another ever since their relationship became known a year ago falls short of the reality-defying affection that they share. The actors have consistently stood by each other’s sides and given each other unwavering support for their professions and achievements over the course of their relationship.

Although it has just been a year, the respect and understanding, and devotion of the two have reflected a level of commitment that is not unexpected given how often Tom Holland has hinted over the previous several years that he wants to settle down, marry, have children, and take a vacation from work. Tom Holland had become more outspoken about the value of respecting people’s privacy and their boundaries, regularly taking breaks from social media, and talking about taking a break from acting itself to pursue a more balanced lifestyle when the roving eyes of the ever-eavesdropping paparazzi intruded into the privacy of Zendaya and Tom Holland, exposing the formative period of their relationship. The Uncharted star said via Teen Vogue a year ago:

“I might go and be a carpenter for two years, and take a big break, and come back. Or I might not come back. I might go away, and get married, and have kids, and just disappear for the rest of my life.”

He recently stopped using Instagram, saying that he wants to put his mental health first. Today, an insider with access to the pair revealed to Us Weekly that Zendaya and Tom Holland are currently “serious and permanent” in their relationship and that “They’re both in settling-down mode and are absolutely planning for a real future together” It’s not yet apparent if the reports are accurate or if they’re simply another attempt to make something go viral (like the recent pregnancy hoax with Emmy-winning producer and actress Zendaya). Regardless, the fans anticipate big things from the duo, and given that they have already established themselves in Hollywood, it would not come as a surprise to see Tom Holland pursuing other interests.

Famous People Who Don’t Get Consumed By Fame

See How Famous Figures Are Lampooned By 20 Tweets

Jonathan Majors Creed 3 Character Is The Version Of Villain