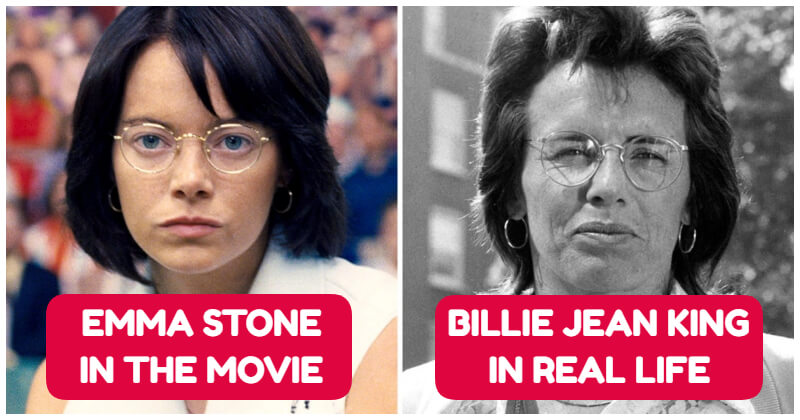 Putting yourself in the shoes of a character can be a difficult task. Studying and preparing for a part can take a long period at times as well. Things can get much more difficult when performers are cast in films based on true events and must portray real individuals. They can no longer play a role anyway they like; they must be as near as possible to a real person with real personality, foibles, and traits who lived at a given time in history.

It’s a well-known fact that reality frequently outperforms fiction by a wide margin. And what better proof is there than films based on true events? That’s why we has compiled a list of performers who have dared to portray real people on film and television. Since its publication in 2006, the book Eat, Pray, Love has been a tremendous success. It quickly propelled its author, Elizabeth Gilbert, to the top of the charts. The novel was so well-received by international readers that Hollywood filmmakers opted to adapt it into a film with the same title. It starred Julia Roberts, who was responsible for introducing Gilbert to the big screen, as you undoubtedly already know. Big Eyes, a drama based on the life of American painter Margaret Keane and her husband, Walter Keane, was released in 2014, and it was one of the best biopics of the decade. Amy Adams and Christopher Waltz played the main roles, and they both performed exceptionally well. The now-classic film was directed by Tim Burton. The well-known actress Sandra Bullock portrayed Leigh Anne Tuohy in one of 2009’s most popular films, The Blind Side. The movie is based on the same-named book, which follows the true story of Leigh Tuohy, a rich lady deciding to adopt and nurture a gifted young man with a complicated history and life. Emma Stone transformed into superstar tennis player Billie Jean King in the 2017 film Battle of the Sexes. The film depicts the fascinating story of a well-known tennis match occurring in 1973. You could believe there’s nothing spectacular thus far. Well, it was a match between a man and a woman that permanently transformed our perspective on sports. Selma Blair portrayed Kris Jenner, the renowned mother of the Kardashians, in the first season of FX’s American Crime Story, commonly known as The People v. O. J. Simpson. The episodes tell the true tale of the infamous case. In her book The Glass Castle, author and journalist Jeannette Walls documented her complex childhood and youth. This book, which was a huge hit, was eventually adapted into a film with the same name, which was released in 2017. Brie Larson portrayed Jeannette in the film. In 2015, Joseph Gordon-Levitt was cast in the role of Philippe Petit, a French tightrope walker. The Walk is a dramatic feature film that depicts the challenging beginnings of an artist who began his career on the streets but rose to the top thanks to his talent and a little luck. In 2009, Somali pirates kidnapped Captain Phillips and held him captive. Fortunately, the pirates were defeated, and the captain was able to recount the entire story in A Captain’s Duty, which he co-wrote with journalist and novelist Stephan Talty. Following that, it was decided to bring the story to the big screen in the form of Captain Phillips, starring Tom Hanks. In 2019, the film Togo was released, starring Willem Dafoe in the leading role of Leonhard Seppala. The story alternates between the childhood of a young husky named Togo and the future, when this little dog has grown up. Then he’s one of Seppala’s sled dogs, tasked with carrying much-needed diphtheria medicines to the children of a remote community. The movie Hotel Rwanda is based on events that occurred during Rwanda’s civil war. Don Cheadle portrayed Paul Rusesabagina, a man who tried to protect his family and others around him in the film. The miniseries Anne Frank: The Complete Story was published in 2001. It relates the story of a small girl who became famous around the world because of her journal. Hannah Taylor-Gordon was in charge of bringing Anne Frank to the small screen in the series based on the book Anne Frank: The Biography. The film James Dean was broadcast on television in 2001. The film depicts Dean’s poor beginnings, early career, and, ultimately, his rise to fame. James Franco was the actor in charge of introducing this multifaceted and skilled personality to the small screen. It’s no surprise that he was picked in the part because of their strong likeness.

Which of these actors and actresses do you believe is the most like the genuine person they portray? What is your favorite true-life story film?

Paul Bettany Uncle Frank Review: The Comedy Drama Movie Is Not Every Comedic