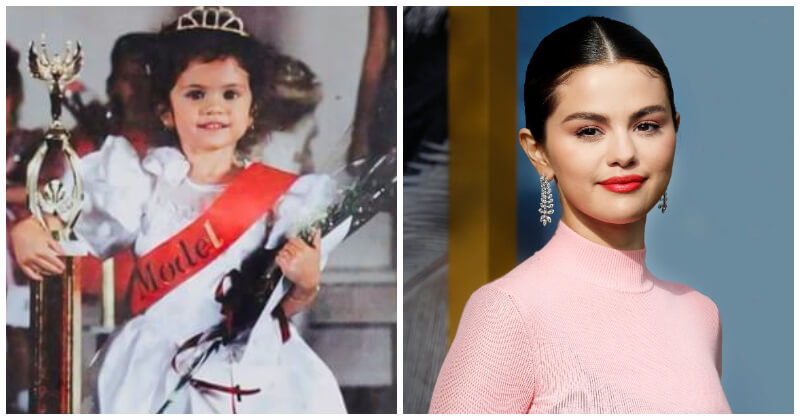 As you may notice, beauty pageants are all the rage today. Besides renowned contests on the international and national scale, many are organized by smaller institutions and even schools. In the US alone, about 2.5 million American women take part in such events. That’s why it’s totally understandable when some of the most famous stars start their career there. Undoubtedly, their beauty and charisma stand out since they were much younger. The singer used to participate in a beauty pageant since she was a little kid. In the photo she posted on Twitter, little Selena looked cute and perfect in the white dress and the crown on her head. The famous American talk show host was Miss Black Tennessee when she was 18 in 1972. Oprah also competed in Miss Black America, but after a short time, she turned to her career in broadcasting. With the caption “Hey, we all gotta start somewhere”, Michelle Pfeiffer posted several videos of the time she competed in beauty contests in the ’70s on Instagram. The actress captured people’s attention with her blue eyes and light blond hair. She was titled Miss Orange County and got sixth place in the Miss California in 1978. Sharon Stone was known as Miss Crawford County in 1975. She went on to participate in Miss Pennsylvania one year later before entering the cinematic industry. Michelle Yeoh was crowned Miss Malaysia in 1983 when she was 21 years old. She used to joke “I think the judges were blind”, but then she competed in Miss World in the same year before starting her acting career. In a pic the beauty posted on Twitter, she was very young during her modeling days. She appeared beautifully and sweet with a pink feather boa, pearl earrings, and a shining smile. The photo was shared with the caption “There are so many things wrong with this.”

Do you know any other beauties to add to this compilation? Please let us know in the comment segment below, and don’t forget to subscribe to our website for more cool photos and stories!

7 Times We Forgot About Shocking Scandals Of Famous People

Then And Now: How 13 Sports Legends Have Changed Throughout Their Careers