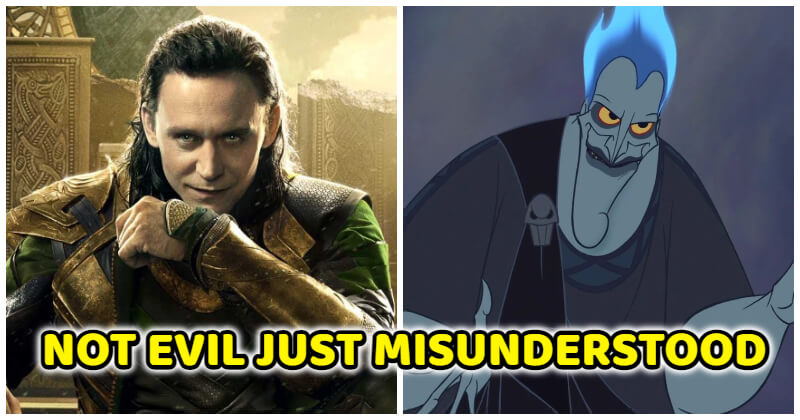 Villains have plans to destroy the world, dominate the entire planet, and hurt people, therefore they must be evil and cruel right? Well, not exactly. There are misunderstood villains who are only deemed as “evil” because their ways of getting things done aren’t moral. Their goals might be noble, but their methods of getting their goals are horrible.

These misunderstood villains don’t get a chance to voice their side of the story. Many of them were pushed to become the bad guys that they are now. So let’s shine a light on these characters and see why so many people root for them. Erik had a rough childhood. On top of his poverty, he also had to witness his uncle kill his father when he was only a child. Erik knew about Wakanda’s existence and he also knew that they wouldn’t accept him. His rage was fueled by the systemic oppression he experienced all his life. It’s understandable why Erik wants to liberate the oppressed people by urging Wakanda to distribute its resources to the rest of the world.

His method of getting his purposes might be wrong, but his goal was certainly not. Even T’Challa himself knew Erik was right. At the end of the movie, T’Challa chose to let the world know about their resources and help out other people in more pacifist ways, completing Erik’s goal. Draco Malfoy has been viewed as a secondary antagonist to Harry Potter and a bad guy in the series by many people, but he wasn’t evil. Sure he was a brat, but he was just a product of his upbringing. He wasn’t cruel because he wanted to, but rather because he was forced to because of his Death Eater father. He was raised to believe in the superiority of pure-bloods and to become a servant of Voldemort.

The more the films went on, we got the feeling that Draco only did what he had to do to keep his mother safe. In the bathroom scene, you can clearly see him cracking under the pressure. Yes, Loki is mischievous. Yes, Loki tricks people. However, the God of Mischief isn’t a cruel man, at least in the MCU. His hatred was fueled by the unfair way Odin was treating him. Odin took him from his homeland and raised him from an infant, using magic to hide his true nature as a Frost Giant. However, the Allfather always favored his son Thor, who was incredibly selfish and irresponsible.

Imagine living your whole life under the shadow of someone not as competent as you only to watch him become the king one day. On top of that, Loki also found out that he was adopted, so the throne would never be his no matter how hard he tried. No wonder why he snapped.

4. The Alters In Split In the movie Split, Kevin is a victim of childhood trauma and it’s the 23 alters of him that protect him. They are doing pretty okay until some stupid girls decide to play some stupid games, which triggers Kevin’s evil alter Dennis. Some of his alters may have evil tendencies, but most of them are pretty harmless. Erik Lensherr is one of the most misunderstood villains ever. He survived the Holocaust so he knew how cruel humans could be, and he quickly realized the similarities between the Holocaust and the anti-mutant agenda. On top of that, all of the greatest pains in his life were caused by humans. He lost his mother to the Nazis, then lost his wife and daughter to humans who were afraid of him.

Erik was pushed into the situation that it was either him or the humans. He chose to be the one who attacked first rather than the one who was attacked. Considering what he had been through, his hatred for humanity was understandable. Hades is often painted as the bad guy because he was the God of The Underworld. However, people who know about Greek mythology will know that he is one of the nicest gods ever and Zeus is actually the worst.

In Disney’s beloved movie Hercules, Hades is forced to spend all his days in the gloomy world of death. Despite all of that, he is still the funniest character in the film. And his lines are just so iconic that we can’t help but root for him. Sharpay can be ambitious and bratty, but she isn’t a villain. The movie wants us to think that she is evil, but looking back at High School Musical, a lot of her actions make sense. Sharpay has experience in acting since preschool, she is talented and she knows it, and she works hard for her part.

Then suddenly she lost her lead role in the hands of Gabriella Montez, who was getting a callback without even showing up on time for her audition. Yeah, you would be pissed at Gabriella too if you were Sharpay. If you look at Les Miserables from a different angle, you will see that Javert actually isn’t the villain. He might be obsessed with the law, but he is a dedicated policeman who is really passionate about his job. We as the viewers might understand that Valjean had no choice but to steal a piece of bread or die of hunger, but Javert didn’t know that.

Javert is just doing his job. He only sees Valjean as a man with a criminal history, therefore he thinks Valjean should be put into jail. That’s it! Kylo Ren is one of the misunderstood villains that we kinda feel sad for. He wasn’t evil because he wanted to be that way. He was manipulated and mentally abused by Snoke from inside the womb. His evil father dictated his entire belief system. Since the beginning, he was told to be on the dark side, not that he wanted to be. Carrie White is more a victim than a villain. Before she snapped and killed everybody at the prom along with her mom, she has been abused by everybody around her. She was beaten by her mother, ridiculed by her classmates, and ignored by the teachers. Poor Carie only had a short happy moment when she was crowned as the prom Queen, only to find out that it was all a cruel prank to dump pig blood on her.

The real villains of the story are her bullies. They deserved what was coming for them at the end of the movie.

Now that we know the stories behind these misunderstood villains, we can see why so many fans root for them. However, they aren’t the only ones with great and noble goals but terrible methods. When looking at iconic movies in a different light, you will be surprised at the number of villains who can turn out to be heroes.

Then And Now: How 13 Sports Legends Have Changed Throughout Their Careers