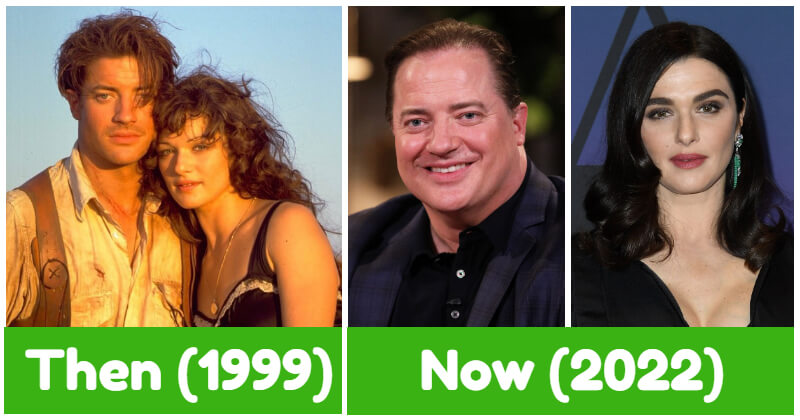 We can easily identify the true type of romances and relationships in movies, ones that are truly capable of moving, touching and even healing our soul, making us laugh, cry and even have faith in what is called love at the first sight, from the striking appearance.

The following awe-inspiring movie couples are simply prominent instances. Through the sands of time, they may get a little more aging, but some of them are still able to surprise you with their current appearance.

Enjoy your nostalgic moments with the list of 10 fictional movie couples below.

1. Rick O’Connell and Evelyn Carnahan from The Mummy (1999), portrayed by Brendan Fraser and Rachel Weisz (Movie: The Mummy) 2. Noah and Allie from The Notebook (2004), portrayed by Ryan Gosling and Rachel McAdams 3. Danny and Sandy from Grease (1978), portrayed by John Travolta and Olivia Newton-John 4. Winston Shakespeare and Stella Payne from How Stella Got Her Groove Back (1998), portrayed by Taye Diggs and Angela Bassett Source: How Stella Got Her Groove Back / 20th Century Studios 7. Derek and Sara from Save the Last Dance (2001), portrayed by Sean Patrick Thomas and Julia Stiles 8. Mr. Big and Carrie Bradshaw from Sex and the City (2008), portrayed by Chris Noth and Sarah Jessica Parker Source: Sex and the City: The Movie / Warner Bros. 9. Tom Cody and Ellen Aim from Streets of Fire (1984), portrayed by Michael Paré and Diane Lane 10. Romeo and Juliet from Romeo + Juliet (1996), portrayed by Leonardo DiCaprio and Claire Danes Compare 11 Fictional Characters In The Book Vs In The Movie

Willow Cast 2022: All About The Actors of the Disney+ Series