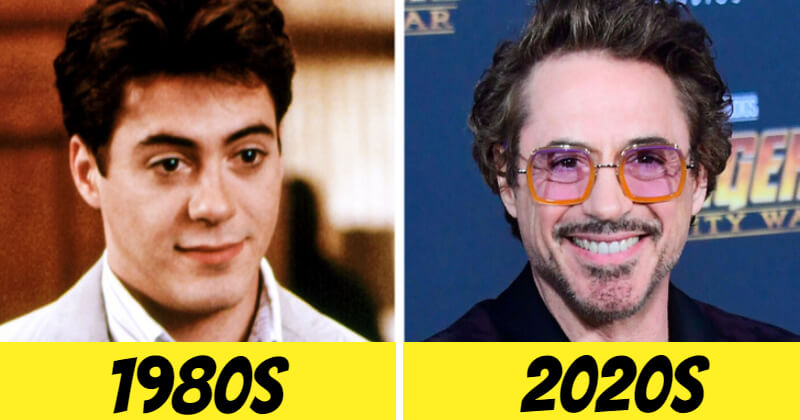 In reality, celebrities may experience rise and fall as a cycle, but there are still some of them who manage to overcome the hardships and make a successful comeback. It’s an uncommon instance of success in a field that is often deemed as “unexpected”, yet it doesn’t mean it’s improbable.

We here at Aubtu have listed 8 popular stars that received another chance in their life to show the world that they still have the acting skills to turn the table and shine brighter like a diamond. Actors who are raised in the spotlight hold a special place in the hearts of their followers. The moment Drew Barrymore turned into an “unemployable disaster” at the age of 14, her future didn’t seem as promising. She was a child star in the 1980s, best known for her part in E.T. Years later, she was able to get back on track and moved on to feature in some of our favorite films, including 50 First Dates and The Wedding Singer. In the 1990s, Jeff Goldblum played leading roles in blockbusters like Independence Day and Jurassic Park. He had a significant comeback in 2014 and was nominated for a Screen Actors Guild Award for his co-starring role in The Grand Budapest Hotel. He has since made appearances in Thor: Ragnarok. Kevin Costner, who starred in hit movies including The Bodyguard and Waterworld, was among the most well-known Hollywood stars of the 1990s. In addition, he received an Oscar for his role in Dances With Wolves. He took a break from acting in movies starting in 2000, but Jack Ryan: Shadow Recruit and Draft Day marked his triumphant return. Natasha Lyonne appeared in movies like American Pie and Dennis the Menace, in case you followed teen movies from the 1990s. She was a charming and amusing actor, but she also battled a number of personal problems that drove her to withdraw from the spotlight. Her biggest role to date in Orange Is the New Black came about after she overcame her problems. Her work on the comedy-drama show, for which she received three Emmy nods, is her latest accomplishment. Doogie Howser, M.D. was where Neil Patrick Harris kicked off in acting as a kid star and found great popularity. But after the series ended, Harris had no new tasks to focus on. The actor, though, was cast as Barney in How I Met Your Mother after making a funny appearance in Harold & Kumar Go to White Castle. He rose to fame as a result of this role, which has since grown to be one of the most important ones on the show. Paula Abdul, a pop singer and choreographer, scored numerous Billboard chart-topping singles in the 1980s and 1990s. But once she sustained an accident, her singing career gradually started to decline. She featured on various reality shows after that, but her appearance as a judge on American Idol in 2002 marked her biggest comeback. Robert Downey Jr. gained popularity in the ’80s and ’90s prior to his role as Iron Man with films like Chances Are and Chaplin, for which he was nominated for an Oscar. However, RDJ reached his lowest point in 1996, when he began to spend more time in courtrooms and treatment centers than on stage performing. Then, in 2008, he was granted a second chance to play Tony Stark in Marvel’s Iron Man. His time with Marvel turned out to be his saving grace since it propelled his career to new heights and allowed him to hold the title of highest-paid actor in the world for three years in a row. Winona Ryder, known as the “It Girl” of the 1990s, starred in a number of big-budget movies, including Beetle Juice and Edward Scissorhands. But when Ryder became embroiled in a scandal, her star swiftly diminished, and she decided to take a significant vacation from the entertainment industry. She made her long-awaited comeback by portraying an old dancer in Black Swan, and most recently, she played Joyce Byers in the hugely popular television series Stranger Things.

15 Celebrities Who Changed Into Completely Different People In A Snap