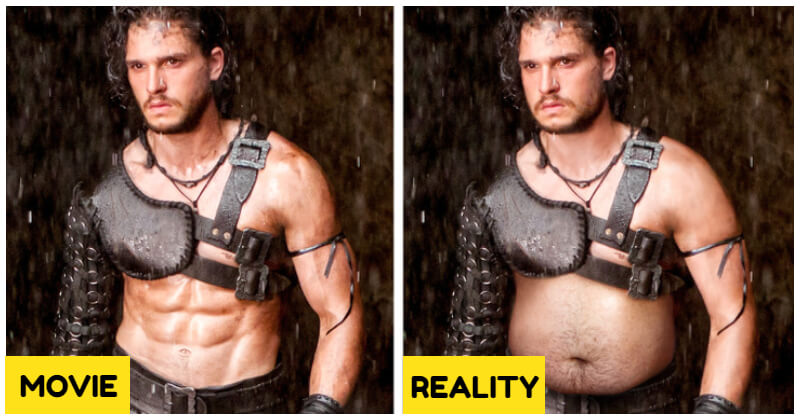 To fully grasp the world of the Greek and Roman Empires in the twenty-first century is sometimes a big challenge. Despite the fact that directors are accompanied by several advisers to ensure that historical events in movies are authentic, the accuracy of a film is sometimes forgone for the sake of a compelling story or a more eye-catching image. Everything leads to viewers developing misconceptions about particular events and eras in their imaginations.

We want to restore justice by debunking some of the most common myths about the Antique era, which most of us still believe in thanks to movies. We will tell you about the actual appearance of Queen Olympias, whose picture was (nearly) precisely recreated by Angelina Jolie, at the end of the article.

Which of these facts was the most surprising to you? Do you know of any other historical myths that have been shown in films?

#1 All gladiators were slaves and were kept in inhumane conditions.

The gladiators were well taken care of. They were entitled to fantastic meals as well as the services of doctors. The fighters were a type of celebrity among the locals, with their portraits adorning public places and young children dreaming of becoming like the warriors fighting in the arena. Not all gladiators, however, were from the lower classes. Volunteers were among them, free citizens who signed the gladiatorial oath of their own volition, exchanging personal freedom for a fixed amount of money.

The fights were not necessarily duels, as depicted in the films. They were major spectacles with extravagant sets and props. The gladiators wore complex and often costly garments that resembled classical armor only vaguely.

#2 Women in ancient Greece pluck their brows and wear their hair down. Ancient Greek beauties in the movies flaunt their gorgeous locks of hair fluttering in the wind, neatly groomed brows, and a stunning Mediterranean tan. The real women, on the other hand, were a little different. Natural fused brows, fair skin, and long hair, which married Greek women held in a bundle, were considered charming in ancient Greece.

Women diligently lightened their skin, colored their brows with soot, or wore fake brows made of dyed goat hair on their foreheads to get closer to the canon.

#3 Helen of Troy was distinguished by her thinness and tanned skin. Many legends surround Helen of Troy, and it’s no surprise that the character has been represented by today’s most attractive actresses. Although it is uncertain what features Helen possessed, her look was unmistakably similar to the canons of beauty of antiquity.

Helen of Troy is thought to have had a low forehead, a big, straight nose, a slightly tilted chin, and a rounded face. The most beautiful of the women, according to the history of Troy’s fall, was distinguished by her light skin and hair, wide eyes, and a small mole between her brows. Most people associate Spartans with irresponsible warriors who were unconcerned about their appearance. Imagine our astonishment when we discovered that Spartan males took considerable care of their beauty. They paid special attention to their hair, which was tied in long braids. Some ancient sources mention people with thick hair that reached their mid-back. The photographs that have come down to us also indicate the popularity of this hairdo.

#5 Thumbs up or thumbs down determined the destiny of the gladiators. Some motions determined the fate of the gladiator, but they had nothing to do with the thumb. To spare the fighter, rulers would make a fist with their hand.

#6 The gladiators fought to the death. Contrary to popular belief, Gladiators do not always fight to the death. On the contrary, such a war outcome was considered illegal. Fighting had its own set of rules, which were strictly enforced by judges. Gladiators had cost a lot of money, therefore it was ridiculous to lose them so fast, even from a purely financial one.

#7 The gladiators had an athletic build. Gladiatorial remains discovered in a mass grave have a significant subcutaneous fat layer. This prompted scientists to believe that gladiators ate very little animal protein, but their diet was high in carbs from legumes and grains. This also explains the ancient Roman fighters’ nickname: “barley eaters.”

However, this doesn’t mean that they were skimping on combatants. When we consider the other conditions under which they kept them, we can presume that the grain-based diet was designed to boost the combatants’ endurance and resilience. To compensate for the shortage of calcium, the soldiers drank a special beverage made from vegetable ash. When we see Angelina Jolie in the part of Alexander the Great’s mother, Queen Olympia, we unconsciously believe that all ancient ladies had flawless noses, full lips, and chiseled cheekbones. But the truth is that the queen was far from the picture created by Hollywood producers. Olympia, according to the only surviving photograph, had a classical Greek profile, a low forehead, an upturned chin, and a smooth-lined face.