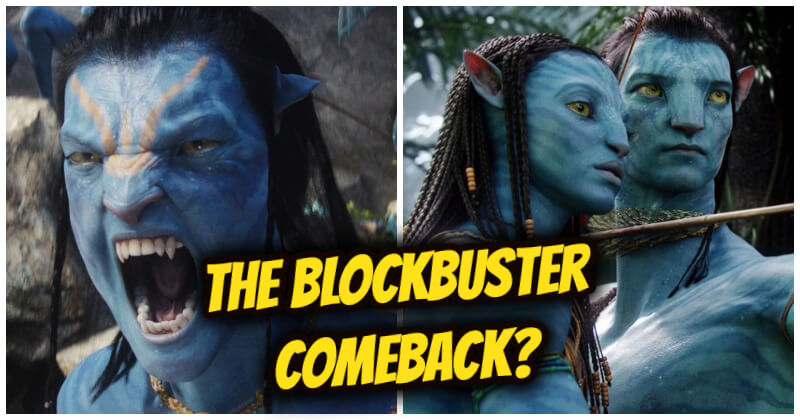 The Final Trailer For Avatar: “The Way Of Water”, the long-awaited sequel to “Avatar”, looks full of underwater adventure. “Avatar” stars Sam Worthington and Zoe Saldana are back for the film, set to open on Dec. 16. with tickets already on sale.

A new and final trailer for “Avatar: The Way of Water” is out, and it’s got more leaping Na’vi, more digital water, more of Simon Franglen’s score, and more portentous dialogue about protecting your family and “getting it done.” After 13 years of long wait, the sequel to James Cameron’s Avatar is finally coming to enthrall audiences on December 16, 2022. Titled Avatar: The Way of Water. The new trailer looks fantastic, and its fresh material is incredible. The trailer begins with Jake Sully’s connection to the newly discovered family in Pandora’s world. Jake Sully and his crew begin to learn how to live underwater. However, an old foe returns to finish Jake and the others on Pandora. The remainder of the novel focuses on how they prevent humans from harming their families and the earth.

The new trailer features more emotions and action sequences that would make one want to see the picture exclusively on the big screen. The underwater moments in the new footage are amazing. The 2009 film remains the highest-grossing movie of all time, hitting more than $2.7 billion at the global box office. It is currently streaming on Disney+ and had a theatrical re-release earlier this year. Directed by James Cameron, Worthington and Saldaña return as Jake and Neytiri. They now live in Pandora with their family.

Cameron, who has been working on “The Way of the Water” since 2013, told GQ that for the film to be profitable, it will “have to be the third or fourth highest-grossing film in history. That’s your threshold. That’s your break even.” Oddly, there still isn’t much known about the plot specifics for what the trailer calls “the motion picture event of a generation.” Jake Sully (Sam Worthington) and Princess Neytiri (Zoe Saldaña) have a family and seem to enjoy swimming and riding around on enormous blue creatures. They move to a new community but don’t seem all that welcome at first. There are some baddies in mech suits at some point, probably looking for unobtanium. Sigourney Weaver is back, but not in the same role as last time. Cameron revealed to the New York Times that he and his writers’ room created a sweeping plot that could not be contained inside a trilogy, as he had initially envisioned. Despite his high ambition for the five-film Avatar franchise, the 68-year-old director recognizes Hollywood as a results-driven enterprise.

“It’s one thing to make a lot of money, it’s another thing to make a profit,” Cameron told the Associated Press. “We’re not going to keep making movies that lose money even though they look good and make a ton of money. This is a wait-and-see, let’s-put-it-out-there-and-see-if-people-embrace-it kind of situation.”

The movie is the first of four “Avatar” sequels planned. An untitled third “Avatar” film is set for release on Dec. 20, 2024. Let’s wait for the hottest movie in 2022 with Aubtu!

15+ Stunning Celebrities Who Look To Be Aging Backward