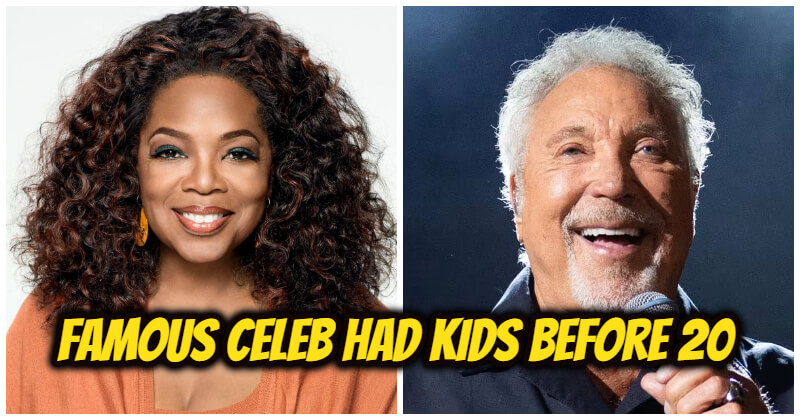 Becoming a parent is the sweetest moment in one human’s life. However, giving birth and raising a newborn requires a lot of hard work, dedication, and patience. Let’s take a look at these famous celebrities who had kids before 20. How can they manage their jam-packed schedules while taking care of these cutie pies? And seriously, they still look damn good all the time.

Check out now to see which of your favorite celebrities became parents by the age of 20. The 40-year-old American rapper and hip-hop mogul Lil Wayne had his first child, Reginae, with ex-wife Toya Carter when he was just 15. Now he has 4 children including Reginae Carter, Kameron Carter, Neal Carter, and Dwayne Carter III. Australian-born New Zealand actress got pregnant with her first child in 2007 at the age of 17. She was famous for starring in the films Game of Thrones and Whale Rider. Roseanne Barr gave birth to her first daughter Brandi Brown when she was 17, ultimately giving her up for adoption. The two later reconciled, and Brown ended up working as a production assistant for Barr’s hit sitcom, Roseanne. Welsh singer Tom Jones fathered his first son Mark when he was only 17. The former Pussycat Dolls member welcomed her first child when she was 18 years old. Sofía Vergara married her high school sweetheart, Joe Gonzalez in 1991. One year later, she and her husband welcomed their first son, Manolo Gonzalez-Ripoll Vergara when Vergara was 19. NBA superstar LeBron James was only 19 when he had his first child with his wife, Savannah Brinson. LeBron James Jr. was born in 2004, a year after his parents were married. Since then, the couple has had two more kids together. Model Natalia Vodianova welcomed her son, Lucas when she was 19 years old. American fashion model, actor, and musician Lucky Blue Smith and his ex-girlfriend Stormi Bree welcomed his first child, Gravity Blue Smith when he was only 19 years old. Gravity was born in 2017. Bachelorette star Emily Maynard gave birth to her daughter, Ricki in 2005, when she was only 19 years old. The 76-year-old American actress Suzanne Somers gave birth to her son, Bruce Jr., when she just 19 years old in 1965. American musician Taylor Hanson and his wife, Natalie Anne Bryant gave birth to their first child when he was just 19 years old.

Stay tuned to our website aubtu.biz for more entertainment news and celebrity updates.