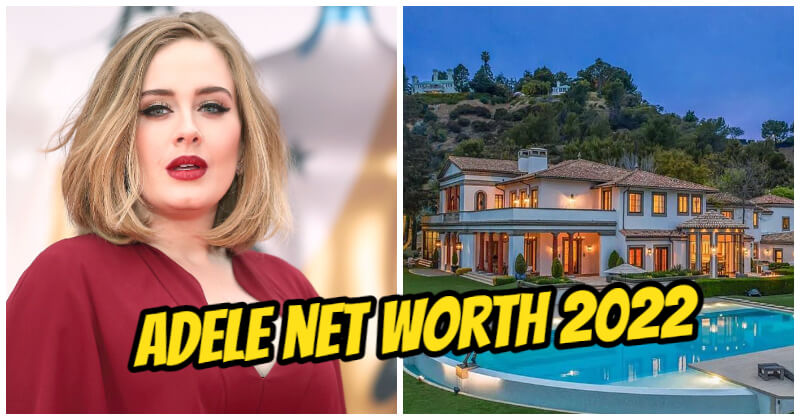 Adele is a renowned English singer and songwriter of all time. Music journalist Tim Ingham once said Adele is “the artist you cannot manufacture”. That’s definitely true, her voice’s authentic, soulful and powerful. During 12 years of working in the music industry, Adele has earned a hefty amount. According to Celebrity Net Worth, Adele net worth is estimated at about $220 million USD as of November 2022, making her one of the wealthiest female singers in modern times.

Adele is not into brand endorsement and most of her income sources mainly come from record sales, concert tours, and television shows. Let’s take a look at the way Adele spends her money and find out whether her divorce affects her net worth or not. Adele Laurie Blue Adkins, known professionally as Adele. She was born in 1988, in Tottenham, England. Her father’s Mark Evans and her mother’s Penny Adkins. At a very young age, Adele’s grown a passion for music and started singing. She started her professional music career in 2008 when she released her debut album “19”. Since then, because of her unique, soulful and powerful voice, Adele has achieved commercial success, making her one of the best-selling artists of all time. Adele doesn’t participate in any brand endorsement, and the majority of her earnings come from record sales, concert tours, TV appearances, etc. She has done three concert tours including An Evening with Adele in 2008-09, Adele Live in 2011, and in 2016. Her tickets were all sold out after a few minutes of selling with an average price of around $390. During each concert tour, she can earn around $2 million. Adele owns…so many luxurious houses, way more than one person needs. Her properties in London include $14.2 million townhouses in Kensington, London, a $12 million villa in West Sussex, and an apartment in West London worth around $3.5 million, etc. Is that all? Definitely no. There’s still more… Adele bought at least 3-4 mansions in Beverly Hills as well. Even if all else fails, she can still be a millionaire by selling a bunch of property.

#4. Adele’s Net Worth After Split Adele and her ex-husband Simon Konecki didn’t sign a prenup when they got married. That means Simon could get as much as half of Adele’s earnings, around $180 million as they had been together for almost 8 years. However, the financial side of the settlement was kept confidential. That’s why it is hard to measure the impact of her split on Adele’s personal net worth.  Still, Adele net worth is a dream number that everyone’s wishing for – $220 million.

If you found our article interesting, don’t hesitate to visit our website abtu.biz for more entertainment news and celebrity updates.

Kim Kardashian Breaks Down Internet With Her Naked Dresses

10 Fascinating Stories Of Celebrities Before They Become Big Names