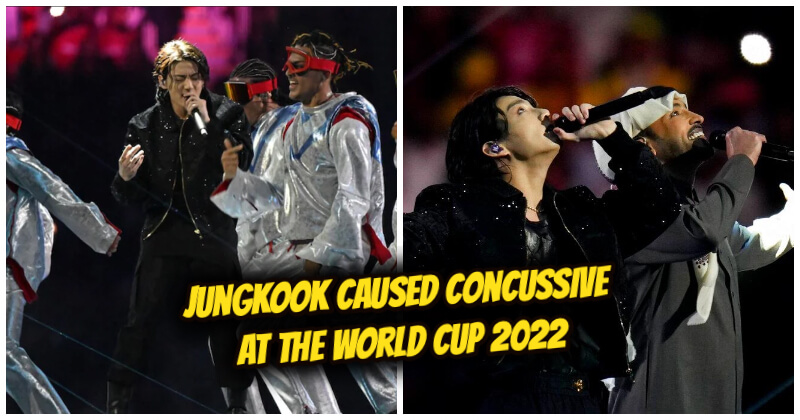 Opening Ceremony World Cup 2022 inside the Bedouin-tent-inspired Al Bayt Stadium will welcome the globe to Qatar, where the FIFA World Cup™ be held for the first time in the Middle East and Arab world. A performance of Dreamers. Another popular ballad from the FIFA World Cup Official Soundtrack, by acclaimed South Korean pop star Jung Kook of BTS and Qatari singer Fahad Al-Kubaisi as the main act. The annual World Cup performance lineup features prominent international superstars as the starting stage for the world’s largest football competition. As a result, the announcement that the youngest BTS member will perform at the 2022 World Cup sparked a media frenzy and pleased fans.

This success represents a new high point in Jungkook’s musical career. So, Jungkook and BTS have successfully conquered several major stages, including the VMAs, Grammys, and now the solo World Cup stage. Jungkook was the first to make history for Korea. The song Jungkook performed at the opening ceremony was Dreamers, a soundtrack included in the FIFA World Cup 2022 song list introduced by FIFA. Dreamer’s vibrant and cheery melody was captured by Jungkook in the spirit of the explosive stage. Although “single code” performed on the international stage without his teammates. Jungkook excellently showed the bravery of the youngest member of the global group. The audience called Jungkook the pride of Kpop. Giving many compliments for the brave performance of the youngest BTS member.

Jungkook performed his song ‘Dreamers’ to highlight the optimism that the World Cup takes place every four years. And is sure to make the tournament exciting, both on and off the pitch.

Stay up to date with the latest news and relax with The World Cup 2022 with us!