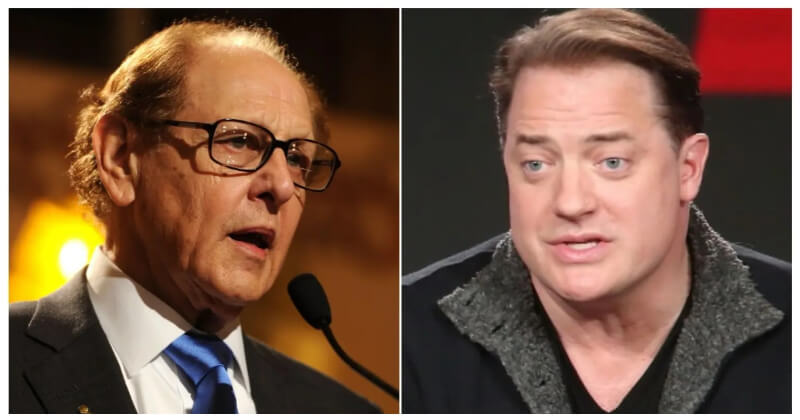 Brendan Fraser is voicing his opposition to the Golden Globes and the Hollywood Foreign Press Association one more time. The actor stated in a Nov. 16 interview with GQ that he will not go to the awards ceremony if he is nominated for his performance in “The Whale.” Fraser initially made public accusations against Philip Berk, a former president and member of the HFPA, the institution that decides who wins the Golden Globes, in a previous GQ interview in 2018. In 2003, Fraser said Berk assaulted and molested him at the Beverly Hills Hotel. Berk has contested Fraser’s assertion.

Four years ago, when Fraser’s allegations first surfaced, the HFPA released a statement that read: “The HFPA stands firmly against sexual harassment and the type of behavior described in this article.” They further stated, “This report includes alleged information that the HFPA was previously unaware of and at this time we are investigating further details surrounding the incident.” Fraser had a conversation with the independent investigator, however, in the subsequent interview, he revealed to GQ that the HFPA had returned with a joint statement that all parties could release together. Fraser said the claim would read: “Although it was concluded that Mr. Berk inappropriately touched Mr. Fraser, the evidence supports that it was intended to be taken as a joke and not as a sexual advance.” Of course, he didn’t sign it, so Berk stayed with the institution.

Fraser stated in a recent interview with GQ, “I knew they would close ranks. I knew they would kick the can down the road. I knew they would get ahead of the story. I knew that I certainly had no future with that system as it was.” When other magazines asked the HFPA for a response regarding Fraser’s most recent remarks, they did not do so right away. The HFPA later underwent a significant shakeup, but not as a result of Fraser’s accusations. The LA Times reported in 2021 that the organization has no Black members. In addition, they exposed numerous ethical and financial conflicts among the participants.

Shortly after the 2021 nominees were announced and roundly criticized for their lack of diversity and in particular for ignoring films and TV shows featuring Black people, the news broke. After sending members an email with an article that referred to Black Lives Matter as a “racist hate movement,” Berk was kicked out of the HFPA in April 2021.

The 2022 event was not telecast because NBC stated in May 2021 that they would no longer air the Golden Globes. However, NBC decided to take a different approach for the next 2023 event and would telecast them in early January after reaching a one-year agreement with the group. That choice was taken in response to HFPA’s modifications. According to the HFPA, there are now 103 more voters, or 51.5 percent, who identify as “racially and ethnically diverse;” Black voters now make up 10% of the electorate. They also announced charity donations and imposed further restrictions on gift-giving.

Fraser admitted to GQ that currently he doesn’t have faith in the HFPA’s proposed amendments: “Maybe time will tell.” While Fraser claimed that the HFPA never apologized to him, the organization stated the contrary, saying in an interview that they did it two times.

Additionally, Fraser noted that he’s not the sole individual who has believed they have been misconducted. He said if the HFPA wants to make amends, he would want it to be “sincere.” He claimed:  “I would expect that it would be something that would be meaningful for them too.”

Other Than Photos Of Hailey Bieber And Selena Gomez Together, These Celebrities Also Befriend After Fighting