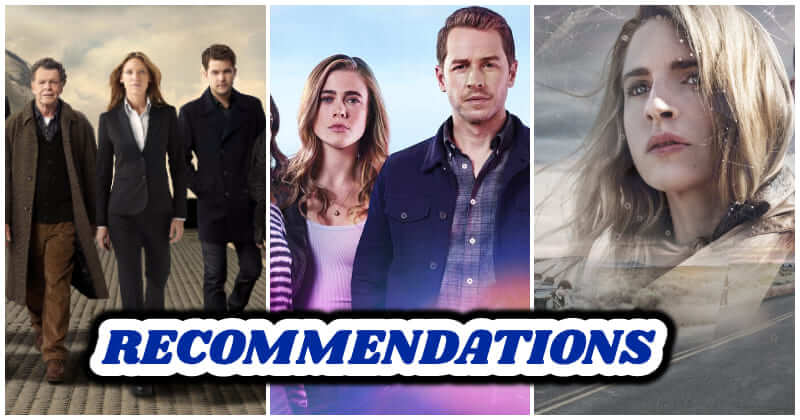 Searching for some best shows like Manifest On Netflix? Here we go! Last summer, Manifest was almost canceled by Netflix, but the complex science fiction drama dominated the streaming service’s Top 10 ranking in a way that only Netflix’s top shows do.

After a three-year hiatus, the show has returned for its fourth and final season as a Netflix Original, and it’s more popular than ever as viewers continue to pore over the clues surrounding Flight 828. Ten of the series’ twenty final episodes have been released on Netflix. Who Did Eden Call In Manifest?

When the second half of Season 4 of Manifest will premiere is anyone’s guess, but in the meanwhile, here are several shows to check out. Our collection of similar shows to Manifest includes some stylistically and thematically similar to Jeff Rake’s original science fiction series.

Some of the stories you’ll discover here involve fatal flights, persons who vanish only to reappear later, and other mystical elements of science fiction. If you get caught in these shows, you’ll feel like no time has gone by and emerge just in time for the second half of Manifest’s fourth season. What Is The Divine Consciousness In Manifest?

Of course. This answer is the least shocking because everyone who has seen ABC’s masterclass in mind—-ery knows that Manifest wouldn’t exist without Lost. Stop what you’re doing and start watching Lost if you haven’t already. The 2004 series told the story of people on a fateful journey who, after their plane crashes, find themselves stuck on a mystery island.

Like Manifest, it reveals itself over episodes focused on individual characters and through flashbacks, making for a great blend of sci-fi mystery and outstanding character growth. If you don’t believe me, know that you have no idea where it’s headed. The No Lost Spoilers Agreement of 2004 forbids me from disclosing any further information about this show, so I’ll stop talking about it now. Put on your tinfoil hat and dive headfirst into Netflix’s highly strange and captivating series The OA if Manifest’s forays into the metaphysical (what is death, man?) are what got you hooked. Brit Marling (who also co-created the show) plays blind Prairie Johnson, kidnapped and given back to her adoptive parents with her eyesight intact, in the 2016 series. But it’s just the setup; we later find out via flashbacks to her capture that there’s more strange stuff going on with her.

Next, this stunning series takes a turn for the bizarre. Like Manifest, The OA deals with themes of the afterlife, possibly parallel realms, and the emotional relationships between characters. Still, it is impossible to describe, making it the ultimate “you just have to see it” show. This is the only show on the list that philosophy majors will watch, and it’s fair to say that half of those who do won’t like it at all, while the other half can’t stop talking about it. Among the many excellent science fiction television series, Fringe is a forerunner to Manifest in terms of the tradition of intricate mythology. Played by Anna Torv, FBI agent Olivia Dunham consults with Peter Bishop (Joshua Jackson) and Walter Bishop (John Noble); the elder Bishop is a scientist. The Fox show was initially conceived as a case-of-the-week procedural, but it quickly grew too ambitious to be confined to episodes.

Fringe became one of the best and most undervalued dramas of its day as it accepted its destiny as a twisting serialized epic about parallel universes. Fringe’s deft manipulation of time, jumping to alternate timelines and dystopian futures, will appeal to viewers who enjoyed Manifest. If you enjoyed Manifest, you should check out Fringe because the story is driven by intricate relationships (such as those between father and son and between partners). To paraphrase: -Kelly Connolly