Don’t skip this post because it could be the sweetest story you come across all week. An Australian shepherd dog was caught on camera sneaking out kennel to comfort two frightened puppies at a pet motel.

The shepherd dog named Maggie was dropped at Barkers Pet Motel and Grooming in St. Albert, Canada, for a couple of nights while her owners were gone. According to her owner, she had been put up for adoption and separated from her own litter of puppies just two weeks ago. 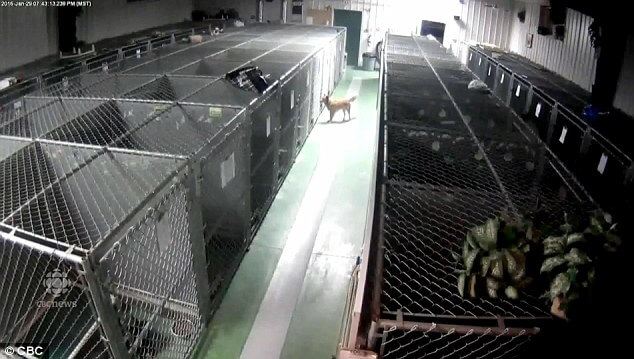 For this reason, when she heard the crying of two puppies in a nearby kennel, she cleverly broke out of her kennel to comfort two little puppies as if they were her own babies.

The two pups named Hannah and Kari, were brought at the motel from a local rescue group, in order to wait for their forever home. When the pups found themselves alone in this unfamiliar place, they got scared and began to cry. Fortunately for them, Maggie was there and her maternal instincts kicked in straight away. 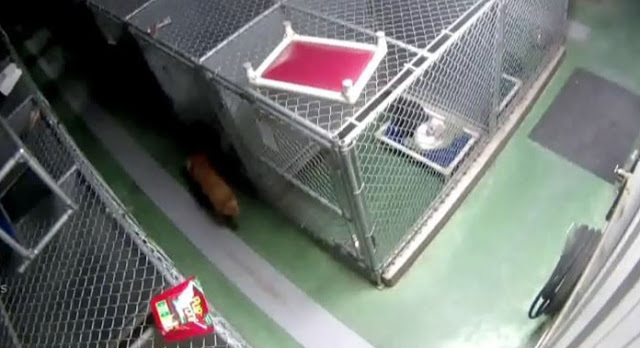 Thankfully, the whole adorable scene was caught by the facility’s surveillance cameras and then was shared on Facebook, stealing the hearts of everyone. “We see a lot of adorable things here at Barkers but this story takes the cake…” they wrote in the post.

“We watched her on the cameras and she went straight around, and she found their room. She paid them a lot of attention and you could see her little tail wagging,” owner Sandra Aldred told CBS News.” 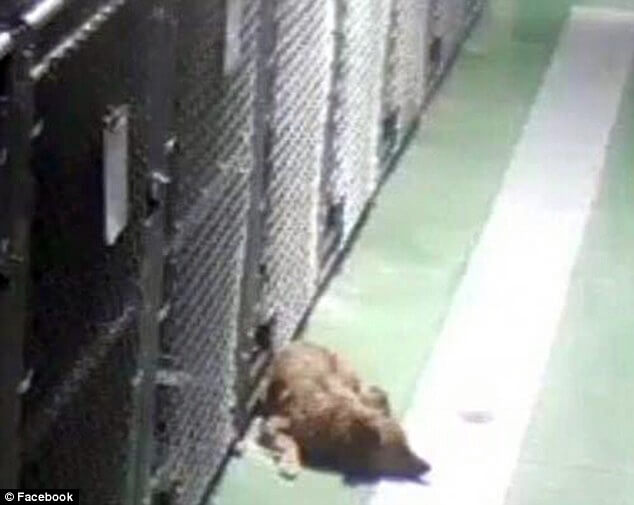 Seeing the heart melting scenes on camera, Sandra was so excited to get back at the facility. “She was really happy, and then she took me back to their room as if to say: ‘I really need to meet these puppies.’… and ‘They were just all so happy to be together. The puppies needed her and she needed them. It was pretty perfect.”

“We put them together for a while and all 3 of them were so happy.” 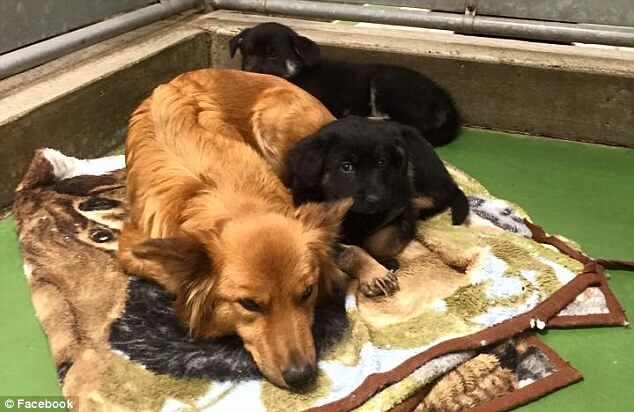 Maggie was picked up by her family later that day, and they would have never thought their beloved dog would become an internet sensation after the short stay at the dog motel. Aldred says she expects to find new homes for both puppies.

What a sweet story! Please share it with your friends and family members!