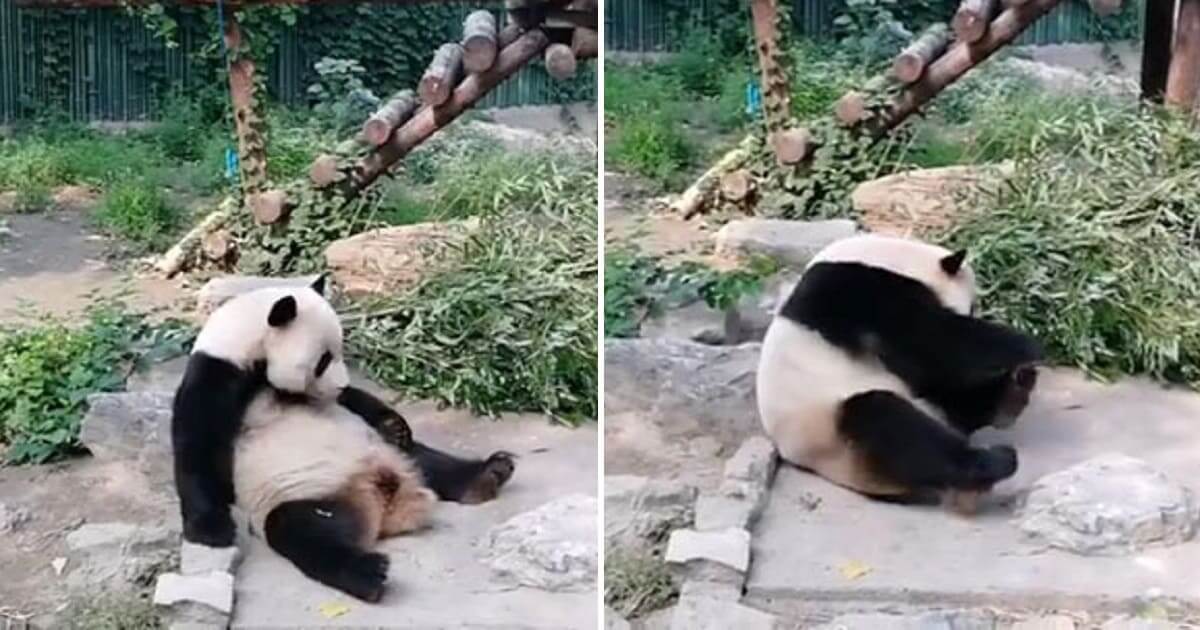 Giant panda also known as panda bear or simply panda, is a bear native to south central China. They are considered to be one of the main symbols of China, which represent friendship and peace. Pandas are gentle, yet somewhat cowardly and insecure. They don’t generally attack humans, and they have been known to be sensitive, easy to embarrass and upset. For these awesome characteristics, we never think that people can hurt cute pandas when they have done nothing wrong until we see awful videos on social media. Recently, some Chinese tourists visiting Beijing zoo were caught on a video throwing rocks at a resting giant panda inside her enclosure, in what looks like an attempt to wake the panda. The poor panda named Meng Da, already appeared to be awake and lazily going about its business. She was resting inside her enclosure when suddenly a rock came flying towards her. Luckily, she was not injured or affected by the incident. She was still behaving normally when it came to eating, playing and moving around. Zoo keepers rushed to the scene to prevent any more tourists from throwing objects into the enclosure, as said by a spokesperson speaking to The Beijing News.

After being posted to China’s version of Twitter, Weibo, the video of the awful behavior has gone viral and drew more than 100 million hits. The rowdy visitors said that they were trying to wake her up because they were bored when she was sleeping. This happened inside the zoo’s old panda pavilion which was first built in 1981 to celebrate the 1990 Asian Games hosted by the Chinese capital. In the video, you can see a rock hitting the panda, causing her to get up and investigate:

It’s awful to see anyone behaving so cruelly towards the innocent animals. Please share this story with your friends and family to help the poor animals have a happy life.

30 Hilarious Pictures That Prove Cats Are The Biggest Jerks To Dogs, Cats Acting

Fat Cat Dad Won’t Spare His Kids Food, So His Owners Came Up With A Brilliant Plan

15+ Pets Who Are Masters Of Pure Laziness

Selfish But Hungry Dog Owner Doesn’t Share Food With His Dog, Confesses His Crime On Reddit And Receives Amusing Replies